Progress and interesting views in the discovery process on Emmett Wilson’s life. 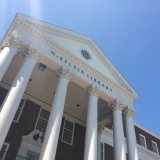 September 20, 2015Pensacola, Florida I first met Nancy Rayburn online, over a year ago, on Tuesday, September 10, 2013. She had posted an extensive biography of Robert Anderson on the USGenWeb website. The text came from an obscure history book, and while the University of Maryland has a great InterLibrary […]

September 10, 2015Chevy Chase, Maryland As of today, I booked my second research trip to Pensacola. It’s time: I’m at the point in his story that I have to know what kind of lawyer he was, and how his political background was developing. What papers I can see online are […]

January 9, 2021Chevy Chase, Maryland Full disclosure: I don’t know for sure if Lila Delp was the stenographer/secretary for Van Sant & Wilson; but, she might have been. She certainly has an interesting back story that would fit the timeline and circumstances around Emmett’s time in Sterling. When I researched […] 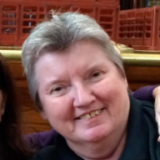 Nancy and I began what would turn out to be a years-long, ongoing dialog about Emmett’s life. Our correspondence started out with lots of questions — and I was frankly glad to have someone who was interested in talking with me about Emmett in this depth. It helped me think […]

Chapter 48: She Wore a White Ribbon 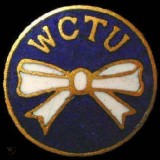 January 12, 2020Chevy Chase, Maryland I’ve been thinking deeply about this new article on Emmett’s mother that I located during one of my regular database re-check activities two days ago, and wishing I’d been able to find it at the start of Emmett Wilson’s research project. But then, the ancient […]

February 7, 2015The American University LibraryWashington, D.C. For the record, I have documented everything you can imagine about Emmett, including family members and close friends of Emmett, receipts or documents mentioning Emmett, schools in which he was enrolled, clubs he attended, and so forth. I like my data organized, chronological, […]

For 17 years, my husband and I owned and lived in a 98-year old row house in Washington, D.C. about 10 blocks from the U.S. Capitol. We loved our neighborhood — the Victorian (and older) row houses had history and character despite the fact the neighborhood was sketchy, the front […]

Sometimes I catch myself wondering what the hell I’ve been doing with Emmett, who has taken over my research life for the past six years. I did not go looking for Emmett; rather, years ago before Emmett, I’d started out writing about someone else, Rosa LeBarte Countryman, my great-grandmother. When […]