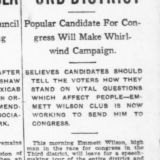 May 9, 1912Pensacola, Florida And so, the race begins again. Three weeks of nonstop activity. Live speeches in fourteen counties. It will be the most compressed, pressured project ever undertaken, and I cannot let on how damned tired I am, nor how my stomach turns over in knots whenever I […] 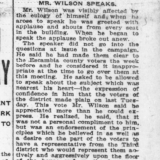 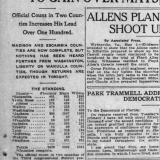 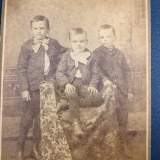 It’s that time of year again! Happy Birthday to you, Emmett! 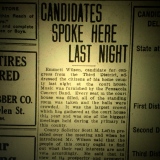 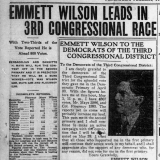 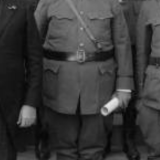 Chapter 173: In search of a writing mojo 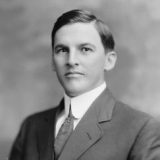 June 30, 2022Chevy Chase, Maryland This poor, forsaken blog. I find myself talking to Emmett Wilson every day in my mind. Mostly, I’m saying, “I’m sorry, Emmett. I haven’t forgotten your story. I will continue to work on it, never fear. I promise to finish it.” I’m not ignoring my […] 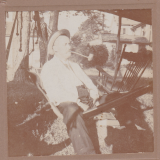 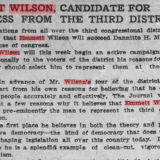 June 2, 2022Chevy Chase, Maryland Here’s the thing that has puzzled me ever since I started research on Emmett Wilson’s life story: What was the main reason Frank Mayes (and The Pensacola Journal) endorsed Emmett for U.S. Congress? Frank was no dummy; he was a prescient newsman who kept close […]