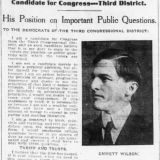 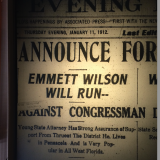 May 3, 2022Chevy Chase, Maryland Between January 7 and 11, 1912, Emmett said he was unsure about throwing his hat into the contest for U.S. Congressman from the third district; at least, that was the official story he told reporters for the Pensacola Evening News in the January 11, 1912 […] 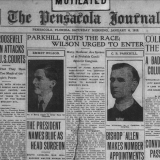 Chapter 168: A Candidate is Chosen

April 9, 2022Chevy Chase, Maryland Emmett’s command performance for Whit Kelly in Columbus, Georgia on October 24, 1911 wasn’t solely to placate Kelly. Someone else was watching this play out for a good reason, and it wasn’t Byrd Kelly. It was Frank Mayes. Mayes and the Florida Democratic Executive Committee […]

March 31, 2022Chevy Chase, Maryland Emmett didn’t get away with the ‘engagement’ announcement without consequences. Oh no. Emmett was summoned to Columbus, Georgia, by Whit Kelly. I doubt it was by cordial letter. I also doubt Whit would have telephoned Emmett; a telephone call would have been costly. Also, Emmett […] 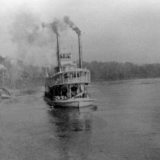 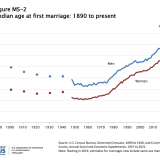 September 29, 20154 pmPensacola, Florida Nancy opened a thick folder tabbed “The Kelly Family” on the table. It was full of copies of newspaper clippings, death certificates, funeral service information, and the like. “How the heck did Emmett Wilson and Byrd Kelly got together in the first place.” I pulled […]

September 29, 20151:25 pmPensacola, Florida After spending several productive hours with the awesome Santa Rosa Court archivists, Nancy and I went to Denny’s for brunch to review where we were so far with Emmett’s discovery. There’s nothing like a plate load pancakes and pots of coffee to refuel and relax. […]

September 29, 2105Santa Rosa County Court ArchiveMilton, Florida One of the reasons Nancy and I decided to add a side-trip to Milton, Florida, was because of a murder case Emmett was prosecuting in 1911; i.e., U.S. vs. Frank Penton. Although Emmett was the Assistant District Attorney, and of course, it […]

September 28, 20153:45 pmPensacola, Florida Nancy and I made plans to hit the Santa Rosa County archive in Milton the next day; because we were archived out after eight hours with the Escambia County folks, we decided to visit historic St. Michael’s Cemetery. Several of Emmett’s good friends were buried […]