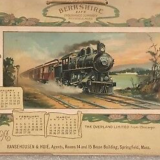 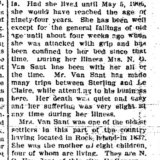 March 12, 1906Morrison, Illinois I am in Morrison, Illinois for circuit court. Nick and Ella are in LeClaire, Iowa; Nick’s mother passed on March 6, and he and Ella have been staying at the family home, taking care of estate business. His brothers are present; the Van Sant family interests […]

Chapter 118: Alone in a room full of people 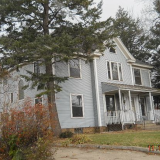 March 8, 190611:45 p.m.The Anning’s House I can see the porch light on for me as Nick’s driver pulls up to the curb in front of the Anning’s house, he’s bringing me home in the Van Sant’s buggy. I thank him, got out of the buggy, stand on the sidewalk […]

January 18, 1906Van Sant & WilsonSterling, Illinois The clock in the outer office chimed 8 pm. I had been reading the newspapers in the package from home for almost two hours. I admit it; I was homesick and lonely. I devoured everything in all of the newspapers from Pensacola, Marianna, […]

January 18, 1906Van Sant & WilsonSterling, Illinois … I must admit it. The trip to Morrison didn’t go well at all.  The entire train ride home, I tried to be philosophical about it.  I’m still new here. I don’t know everyone here. It is going to take more than one […]