Chapter 26: I Suddenly Grew Up 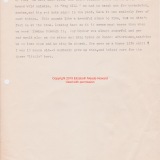 The final page of Katie Wilson Meade’s narrative is brief: There were no wharves or piers to land near, so the “big” boys jumped over-board and carried us in their arms. It was a lot of fun! We were much freer out there because there was no jungle to breed […]

Chapter 22: The Wilsons in British Honduras 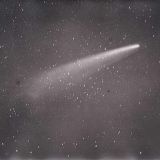 The third page of Katie Wilson Meade’s narrative of her family’s experiences in Toledo Settlement, British Honduras continues. In yesterday’s post, the Wilson boys, Frank Jr. and Percy, went on an illicit Sabbath fishing trip: Father quietly turned to Percy and got the truth! Frank got a good whipping for […] 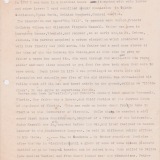 We continue with the second page of Katie’s narrative of her family’s years in British Honduras. There’s a lot of good information on this page, specifically related to the Wilsons  settlement in Punta Gorda. This place was situated on a creek named after some Englishman — Joe Taylor! There was […]

We continue with the story of Emmett’s mother, Elizabeth Maxwell Wilson. In our last post, Emmett’s parents were living in Holly Springs, Mississippi, with six young children, renting a house next to Elizabeth’s sister, Lucy Maxwell Meade and her husband, Everard. The Wilsons has been married almost 10 years, with […]

This is a document that was shared with me by Katie Wilson Meade’s granddaughter, Elizabeth, during my visit to Charlottesville in January. The story behind this document is that Elizabeth’s father, Everard Wilson Meade, wanted to join the Navy during World War II, and the lack of an official birth […]

While I was in Mississippi last week, I had an experience that seems so typical of the research work on Emmett’s story; i.e., I discovered that Emmett’s uncle lived, literally, down the road from my ancestors in Vicksburg at the turn of the last century. Did they know each other? […]