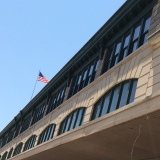 February 26, 1907306 Brent BuildingPensacola, Florida Right now, I’m cleaning up my desk; organizing a few files at the end of a rather boring Tuesday. Most of the firm’s staff have gone home already, and I like this part of the day, when the office is empty, things are quiet, […]

Chapter 136: The Price of My Grand Scheme 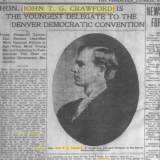 October 16, 1906John Kehoe House221 W. Cervantes StreetPensacola, Florida The old man had a nice setup here, that’s for sure. I’m staying John Kehoe’s old room with Minnie and Fannie Kehoe. Even as the Kehoes were mourning their father, it all seemed serendipitous — at least that’s what Fannie said […] 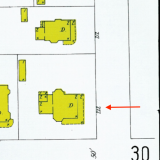 June 10, 2021Chevy Chase, Maryland Before we jump into the next chapter of Emmett’s life, let’s set the scene: In September, 1906, we know that Emmett moved to Pensacola. He moved in with family friends; specifically, the John Kehoe family, at 221 West Cervantes Street in Pensacola. John Kehoe was […] 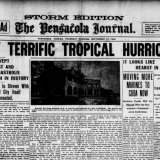 June 5, 2021Chevy Chase, Maryland Knowing what I know about Emmett’s life, it’s ironic (or maybe, a kind-of foreshadowing) that Emmett moved to Pensacola, Florida, on September 26, 1906, merely one day ahead of one of the most devastating hurricanes in history to hit the Florida Panhandle. I suppose he […] 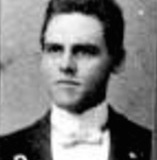 September 11, 2020Chevy Chase, MD I suppose Emmett could be considered lucky — in his life, he had at least three mentors looking out for him, shepherding him during his career, impressed by Emmett’s intelligence and potential. Emmett had a lot of potential, energy, charm, and those who know him […] 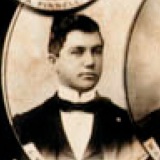 April 30, 1905Cephas and Lula Wilson’s HouseMarianna, Florida7:25 pm I’m standing outside of Ceph’s house, in the front yard, looking up at the huge oak tree near the sidewalk. The tree has curtains of gray moss dangling, drifting with the soft wind. The sun’s set already, and it feels like […] 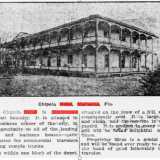 April 29, 1905Marianna, Florida6:10 p.m. The footsteps pounded the hallway; my office door swung wide open; reflexively, I stood. “Emmett!” Walter Kehoe, who’d broken away from Cephas and the other gentleman, leaving them to talk in the hallway. He comes around to my side of the desk, and clasps my […] 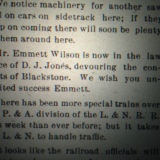 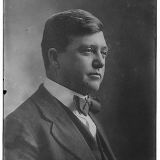 October 23, 2018 The University of Maryland, McKeldin Library College Park, MD [Reposted from here.] We all have that one friend who we know we can turn to, no matter what, no matter the time of day. The friend who knows us better than our spouses (sometimes). The friend who […] 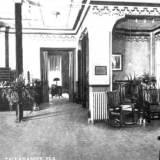