For the past few days, I’ve been trying to track down an odd clue that I came across in Emmett’s research.

Earlier this week, while digging around for information on Emmett’s grandfather, Augustus Emmett Maxwell, an odd item — and I mean, a VERY odd item — kept coming up in the data search. 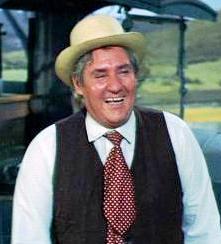 For those of you unfamiliar with Pat Buttram, he was one of the stars of a 1960s television show called Green Acres. You can read about it here; basically, it was the story of a high-powered New York City lawyer who decided to drop out of the rat race urban lifestyle and move to a very rural area with his socialite wife. “Much of the humor derives from the Quixotic,

yet short-fused Oliver, who strives to make sense of his oddball surroundings. There seems to be a dual perspective of reality: Oliver versus everyone else.” (Source: http://en.wikipedia.org/wiki/Green_Acres)

When something this strange comes up with five different and related searches, of course, I had to check this out. What the heck does “Mr. Haney” have to do with Emmett Wilson?

A background search via Ancestry.com showed that Buttram’s real name was: Emmett Maxwell Buttram. Also, the Wilson family names “Augustus” and “Emmett” and “Maxwell” show up quite often in the Buttram family genealogy.

Although “Emmett” was a fairly common name during the first decade of the 20th century, I’m thinking the frequency of Emmett Wilson’s family names showing up so often in Buttram’s family genealogy is more than coincidental.

What’s more, Buttram’s family was geographically not that far away from Emmett Wilson’s family; the Buttrams primarily lived in Alabama, according to the records. Augustus Emmett Maxwell (Emmett’s grandfather) lived mostly in Pensacola, but, his family was quite large. Maxwell had several brothers and cousins who lived in Florida, Virginia, Georgia and — tah dah — Alabama.

Also, this is very much a sidetrack item that I don’t have time to explore at this point in my schedule, but OMG, the idea of Emmett connected to “Mr. Haney” of Green Acres gave me a good laugh.  (I also tried to see a physical resemblance among the men. I don’t know — maybe there’s a small resemblance in the earlobes?) 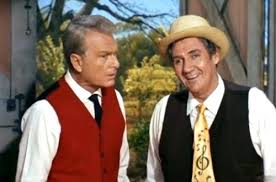 Wouldn’t it be ironic if Buttram the actor was, indeed, related to Emmett Wilson?