Is this for real? I love it, regardless!

This last week I’ve been tracking down an elusive document in Emmett Wilson’s research; specifically, a copy of a eulogy given for him at the annual Elk’s Lodge memorial service, held on December 2, 1918. It’s obscure, folks. So what else is new? LOL!

All these obscure leads I’ve been following make me think I could apply for the History Detective’s badge by now, if one truly exists. Have you ever seen one of these? Covet!

Not to complain, but I’ll bet you a lifetime membership with my local PBS station that the History Detectives hosts do a fraction of the actual research on each story they produce. They have research assistants helping them; I hope they appreciate those RAs. Hell. My institution barely has a budget for research.

As you know, I do my own legwork and nitpicking on Emmett’s research, and I’ve learned a lot about what works and what doesn’t in tracking obscure data. I’d like to share a few research strategies that have been helpful:

1.  Background information can be just as important as direct subject information. I have spent months reading microfilm issues of his hometown newspapers. This is a tedious, labor intensive process, folks, but I have gathered a lot of information on Emmett’s friends and colleagues — basically, I am learning about Emmett on a personal level through his friends.  This is how I found out about the Elk Lodge memorial service — there was a brief mention about this ceremony in one of the 1917 papers. It occurred to me that Emmett may have also been eulogized in 1918.

I contacted the Florida Elks organization; the Pensacola Lodge (Emmett’s group) had unfortunately surrendered its charter a few years back after 100 years of existence. The historian told me he had few archival records from that Lodge. But, indeed, there is a ceremony held each year to honor Elks who died. Emmett likely was honored in that way.

Score! The December 1918 microfilm of the Pensacola Journal  had a writeup of the ceremony, a little bit of the actual eulogy, and a next step lead: The eulogy was given by Emmett’s friend, Robert H. Anderson, who had been a pall bearer at his funeral. The article indicated Anderson gave a much longer speech for Emmett than what was printed. He probably wrote it himself (because he was Emmett’s close friend), and because Emmett was a former Congressman, it might exist somewhere. That’s the story behind my latest quest.

2. Studying Emmett’s friends gives clues about the person he was, and in what regard he was held. One of the big holes in my research is that I have very little of Emmett’s personal writing. One doesn’t wish to infer without concrete facts, but one way to gather information about Emmett as a person is to study the people with whom he socialized. In reading about the parties and social events Emmett and his friends attended, I learn more about who was important to Emmett’s in his life (for instance, Emmett was best man at two different weddings, so far that I’ve found).

For the past few days I’ve been focusing on Anderson. A general Google search brought up   his biography in the USGenWeb archives. Basic details there reveal that Anderson was a man of importance in both political and legal circles, and worked for Henry Flagler‘s Florida’s East Coast Railroad. Anderson graduated from Stetson University about eight years after Emmett; also, right after Emmett died in May, 1918, Anderson moved to Jacksonville.

I’ve been in direct correspondence with the Jacksonville Historical Society, and the Jacksonville Elks. This week, I’ll follow up with Stetson and Jacksonville University, on the chance that Anderson’s papers and memorabilia may have been donated there; perhaps Emmett’s eulogy would be in those documents. You never know until you ask. (FYI, Anderson is only one of several of Emmett’s friends and family members I’ve tried tracking down.) 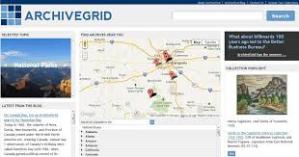 3. Don’t be discouraged if you hit one or several brick walls in the process. One database I like to use is ArchiveGrid, which is a list of archive holdings in institutions in the U.S. and other countries. The thing is, not every institution is tied into ArchiveGrid. For instance, an initial search for Robert H. Anderson with ArchiveGrid indicated no holdings at member libraries or university institutions. Just because you can’t find someone in one or two databases doesn’t mean information is nonexistent. This often means you need to contact university archives and others on your own. This is why I’m following up with Stetson and Jacksonville Universities this week; they are participants with ArchiveGrid, but they may have new additions to their holdings and, their records may not be updated on the service. One never knows. Again, you just have to ask.

4. Don’t let rudeness stop you, either. Folks, I have been blessed in that out of the hundreds of people I’ve spoken with and emailed with regard to Emmett’s research, I can count only THREE different occasions where someone flatly turned me down and was rude about it — two of those were from the same person who, unfortunately has dementia (and I did not know it). Yeah, it hurt my feelings when it happened, but I couldn’t let it derail my work. If someone doesn’t want to help you, I can pretty much guarantee you will find several who will. If you are polite and professional about asking, you will have success. 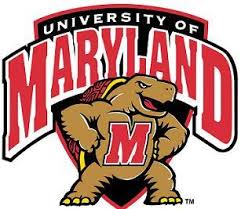 With Anderson’s inquiries, one of the Jacksonville contacts turned out to be a U of Maryland alumni, and she said she was thrilled to help a faculty member! She wasn’t able to provide data, but she did recommend a few places to contact that may have other leads.

Emmett’s story is coming together, one lead and one contact at a time. Slow going, but definitely progress. I think he’d be pleased.

I hope these suggestions are helpful. Feel free to comment or add your own in the comment box, below.