The Value of Negative Space

In between writing and digging around in a new-to-me database this week, I’ve been reading microfilm copies of The West Florida Commercial and The Pensacola Observer, 1867-69.

These newspapers were published during Reconstruction, and there are only scattered issues in existence. By 1871, both papers had ceased publication.

With so much information at our fingertips these days, the idea of a city producing more than one newspaper is amazing. The papers alternated production days; also, political leanings. The Commercial was solidly Democrat; the Observer, Republican. As such, Emmett’s grandfather, A.E. Maxwell, advertised his law firm only in the The West Florida Commercial.

These are four-page traditional-sized newspapers full of advertising and little content…except for the editorial pages, where the writers did not mince words, especially about carpetbaggers, scalawags, and the like. This was not a time for polite journalism. The refreshing honesty of the Fourth Estate, old-school style.

All that aside, I was reading the film to find out information about Emmett’s parents, grandparents, and uncle. Here’s what I’ve found: 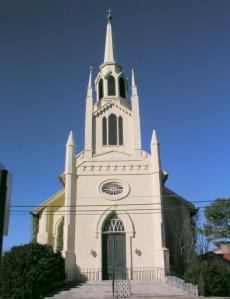 While there doesn’t seem to be a lot here, there is something to be said for ‘negative space’ findings, and the information they provide, if you know how to use it.