It is fair to conclude that Emmett’s law school diploma was most likely in Latin and his name was Latinized.

I thought that was all that needed to be said about Emmett’s diploma:  Emmett came home from Stetson, showed the nice diploma to all his friends, slapped it into a big frame, hung it on the wall, and was ready for business!

Well — there was a bit more to be said about the diploma. I came across this item from the Stetson University 1904-05 Bulletin:

Emmett presented his diploma to Judge Locke in Jacksonville and was duly sworn in. Source: Stetson University archives.

In fact, according to a writeup in the Deland paper for the week of May 25, 1904, on the day after graduation, Emmett and his fellow graduates went as a group to the U.S. Court in Jacksonville, submitted their diplomas as evidence of graduation from Stetson’s law school, and were admitted to the bar by Judge J.W. Locke right away.

(No bar exam necessary! Imagine that. And think about all the money he saved not having to do the test prep for the exam!)

So — this struck me as a bit odd. Emmett showed up with a diploma that said “Emmettus Wilsonius.”

Out of curiosity, do you think the court clerk asked for a second i.d. to validate that, indeed, Emmett Wilson and Emmettus Wilsonius were, indeed, one in the same?

And if so, what second i.d. would Emmett produce?

Certainly not a driver’s license. Florida’s first state driver’s license law went into effect in 1939.  In 1904, few people had cars in Florida, and Emmett never owned a car. 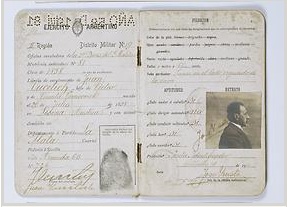 An example of a personal i.d. card from the early 1900s. This is the 1911 i.d. for Juan Vucetich, who pioneered a viable fingerprint identification system for law enforcement. Source: http://www.nlm.nih.gov/visibleproofs/galleries/biographies/vucetich.html

There were examples of personal i.d. cards that had photographs and fingerprints during Emmett’s time. You just didn’t see them that often.

Most of the time, the identification cards were text only, with perhaps a physical description (eye color, hair color, shape of chin). That worked, but you know there were plenty of abuses with that kind of identification card. I remember that my own first driver’s license (issued in Mississippi in the late 1970s) did not have a photo on it, but general feature descriptions (brown eyes, brown hair, for instance). Most of the time, I remember using that license to get into clubs while I was underage. The only thing the bouncers would look at was the birthdate; rarely would they look at the feature descriptions.

Perhaps Emmett had a voter registration card. Emmett had cast his first vote in the primary election in early May (he went home to Marianna from DeLand right before his final exams just to do this). 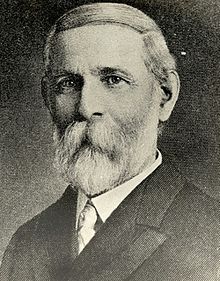 Honestly, I doubt the court clerk would have asked him for a second identification; he was in the company of fellow law school graduates. Judge Locke likely had advance notice that they were coming to be sworn in, and besides, several of the law school graduates were of very well known families in the political and legal world.

I’m sure Judge Locke knew who Emmett was, especially if Locke had dealings with Emmett’s older brother, Cephas.

I’ve spent the last two days writing and sending correspondence to other archivists and librarians. It has been a lot of busy work: Getting permissions to view more microfilm, locating other books to check out via interlibrary loan, finalizing plans to visit the National Archives next week. This side of the research for Emmett’s book is mostly administrivia. It is not exciting, it is often time consuming, and it can be quite boring to talk about, but, if you are all about collecting and analyzing miniscule data about an obscure historical figure, it is what you do! The more prep work you do in advance of the actual writing, the easier the writing process. Bottom line: I’ve been doing a hell of a lot of prep work over the past week.

I have four or five more queries to send out tomorrow, before I head over to campus. Oh yes: My classes begin tomorrow morning. As I said, I’ve been busy.