Emmett’s law office in Sterling, Illinois, in January 1906, was located at 102 East Third Street, on the second floor of the two-story Wolf Building.

The law firm was located atop the Killen & Peters shoe store, which also did a brisk business in boots, according to ads in the Sterling Daily Standard.

Emmett probably bought his first and only pair of snow boots at this store, at the recommendation of his host family, the Annings. In fact, Emmett arrived in Sterling in the midst of a major snowstorm on January 1, 1906 — which he said was a new experience — and likely in the wrong shoes. It was reported that there were several inches of snow on unplowed streets when his train arrived.

Here’s a photo of Third Street, looking East, from about 1900. 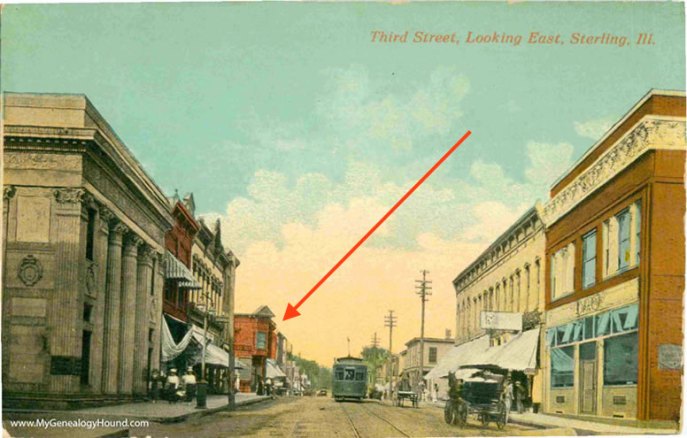 The large building to the immediate left is the Sterling National Bank. The red arrow, pointing at the red brick building, is the approximate location of the Van Sant & Wilson law firm. Source: MyGenealogyHound.com

Unfortunately, I don’t have a better photo of the Wolf Building from 1906. I would love to have a front view of that building, which very likely featured “Van Sant & Wilson Law Offices” painted on the windows facing the street.

Below is a photo of what is there now: 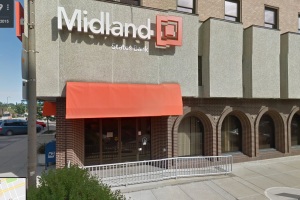 A bank is located on the original site of Emmett’s office. Source: Google maps.

One thought on “102 East Third Street”