With all the protests going on in and around Washington lately, I wondered if Emmett Wilson ever participated in a march or protest?

At first, I couldn’t have imagined it; certainly not in Chipley or Marianna, Florida. What would there be to launch a protest in either of these small towns in the early 1900s? Not that there wouldn’t or couldn’t be a protest, but neither town seems to have had any issues where a protest would be called for.

And, if a protest opportunity did come about, Emmett’s father, Dr. F.C. Wilson, or older brother Cephas Wilson (with whom he lived in Marianna) would have counseled him otherwise:

“You have plans to be a lawyer and a judge one day, as well as a career in politics. Do you think voters would take you seriously if you were out protesting, making a spectacle of yourself?”

And knowing Emmett, he’d have listened.

But given the opportunity — and a good reason — I think he might have participated in a protest. In fact, while Emmett was at Stetson University, I believe he did, when the president of Stetson University was caught in an affair with a teacher.

Here’s the story I wrote about it, which appeared in this blog last year:

The President and the Kindergarten Teacher 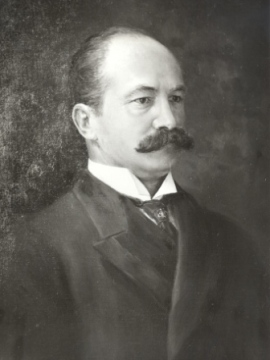 “If you were a student on the Stetson campus, and you observed the married president of Stetson University climbing out of the women’s dorm window well past calling hours, you’d think it suspicious too. Right?

“The scandal mentioned in the clip, above, is the story of a summertime hookup between Stetson President John Forbes and normal school instructor Lena B. Mathes, who lived in Chaudoin Hall, along with other women students and faculty members. See page 15 in the Ryan essay, at the link here, for one version of what happened. The Rupert Longstreet essay, which includes more details (including reported evidence of a botched abortion or a miscarriage), is particularly interesting. See page 18 for that version. Also, there’s Olga Bowen’s oral history of Stetson University, which includes a section on the Forbes-Mathes scandal. The transcript can be found here, beginning on page 50.

“Additionally, the Stetson University Archive has the a collection of the documents related to the scandal available online. (The transcripts from the hearing are in the collection, but not online.) As Longstreet stated in his essay, “…it was naturally assumed that where there was so much smoke, there must at least be a small bonfire” (p. 18). It was clear, from the numerous witnesses’ testimony (which was graphic and corroborated), that there was something illicit between Forbes and Mathes. What was amazing was that many of the trustees still didn’t think Forbes was guilty despite the large amount of testimony.”

Emmett and his fellow students circulated a petition in defense of Forbes and the university:

Emmett signed the petition in support of Forbes and against John B. Stetson’s attempts to denigrate Forbes. Source: Deland Weekly News 1903.

The Deland Weekly News also mentioned civil unrest while the hearing was taking place; i.e., posters were torn down from store windows and other displays encouraging the removal of Forbes as president of Stetson University. It was noted that students from Stetson were the ones tearing down the posters, and that they were agitated. True, this was not exactly a protest or riot; no specific student was named, and no one was arrested. 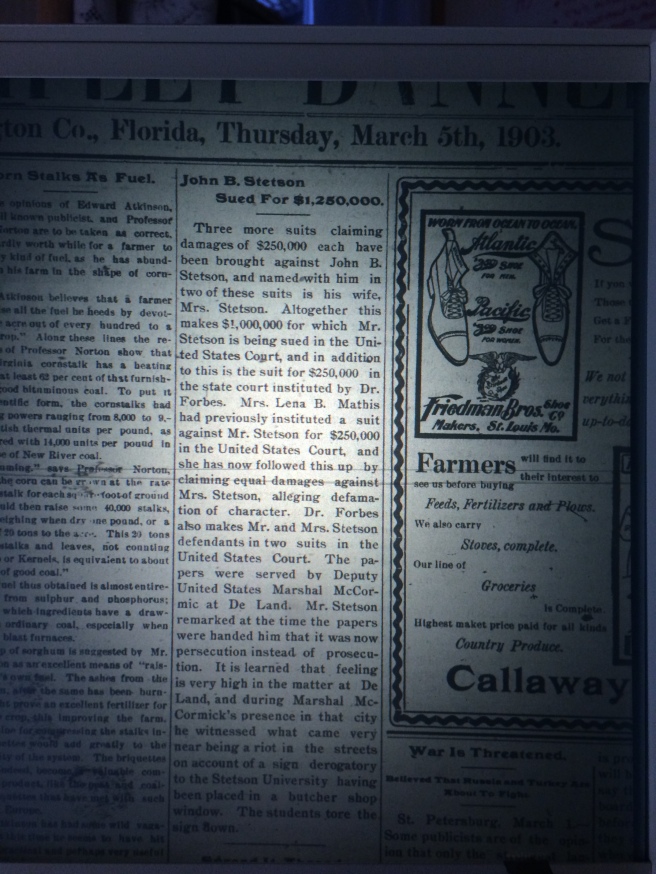 The near-riot in Deland by the student body, as reported in The Chipley Banner, March 5, 1903.

Emmett and his fellow students who signed the petition felt strongly loyal to their university and Forbes; it would not be a stretch to imagine that he participated in tearing down the posters denigrating Forbes and Stetson University. The Deland Weekly News did not mention any addition property damage; nor did it mention any other organized protests related to the hearings.

Emmett as protester? As rioter?