Although I’ve made a few posts here on the blog this month, I took some time away from Emmett Wilson & the research starting on July 1, because I was feeling burned out. After four years of near-continuous digging into and piecing together Emmett’s life, I was starting to resent him, and the book. I needed a break.

So, I went to Canada for 10 days, did a bunch of hiking and reading books that were completely different than gilded-age Florida politics. It did a lot to recharge my batteries, and give me a fresh perspective. Here’s some pictures from a few of the hikes:

Grassi Lakes, Alberta. The water, which comes from a glacier, is perfectly clear and blue-green.

There were bear sightings along the way.

My children and their cousins swimming in one of the glacier-fed lakes. It was 92 degrees that day in Alberta. 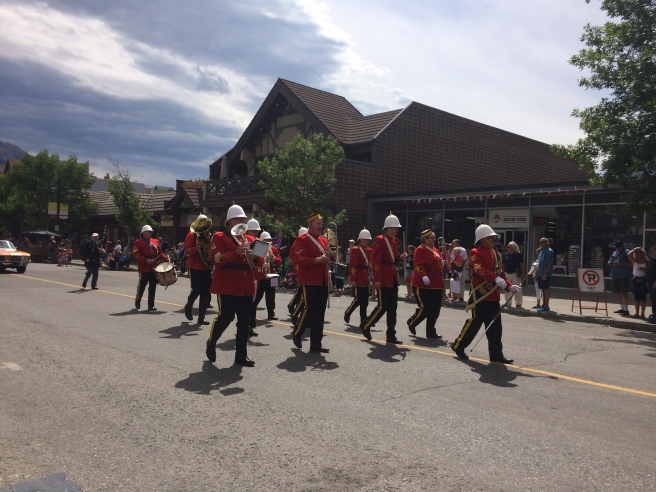 There was a Miner’s Day parade in downtown Canmore.

The parade consisted of two marching bands, three antique cars, a group of citizens representing the miner families in the Province, and mine pony.

The parade was over with in 15 minutes.

The rest of the time, I read a bunch of books.

I read these (plus the one below) in two weeks.

And there was one more — I had to return it the day after I got home from Alberta, and it was the best of the lot:

I could not put the Grann book down. I read it the entire flight from D.C. to Calgary. What was intriguing (at first) was the way Gann “fell into” this story, which was much like I fell into Emmett’s research. It took Gann years to piece the research together, and he talks about the internal wrestling and validation about the research process. He got caught up in the story of the Osage, and it became a huge part of his life — much like Emmett’s story has become mine.

It’s good to be back. But things will be a bit different. Because I was feeling burned out, I realized I needed to take healthy time away from the research, read other writers (because it really helps my writing in the end), and incorporate more balance into my workday.