A structure worth saving

As far as I know, most of my friends in the Florida panhandle survived Hurricane Michael. I’ve heard from almost everyone — thank goodness, all seem to have fared pretty well, given the severity of the storm.

Friends in Pensacola tell me they were lucky; Hurricane Michael didn’t affect them much. Others in Chipley report many trees down and some property damage, along with inconveniences related to interrupted utilities, blocked roads, and so forth. As one colleague said to me via email last night, “It wasn’t pretty, but all in all, it will be OK. We’re all fine. Things can be replaced, but people cannot.”

Marianna, unfortunately, was hit badly. Many buildings were destroyed; one news report said it looked as if a bomb had gone off in Jackson County, Florida, it was that bad.

And, unfortunately, Cephas’s old office, the building in Marianna still standing with a true Emmett Wilson connection, was significantly damaged.

Cephas’ old office, on the right. The front wall to the top floor is missing, and it’s hard to tell the extent of the damage to the structure. Source: https://postimg.cc/jWW1JwNx

Here’s what Cephas’ office looked like in October 2015, when I took the photo below: 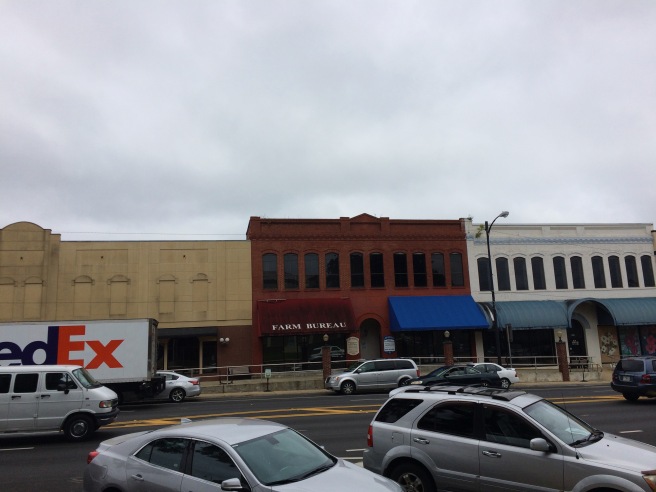 I hope the current owner will be able to save it. Cephas built the red brick structure around 1909. When I visited the office with the awesome Sue Tindel, I took several photos from that second floor, which was unfinished, but had a great view of the courthouse across the street.

I hope Cephas’ old office can be saved.