When I first started gathering research on Emmett, I remember thinking: I wanted to get as much information as I could get my hands on, as quickly as possible, so that I could jump right in and write this complex man’s comprehensive story….

And looking back in my research journals, I saw how excited, enthusiastic — in love, basically — I was with Emmett. Not the research. Emmett. 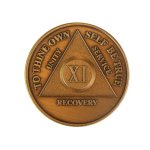 No matter how far along we are in the program, it is always one day at a time.

It was odd. Like finding Emmett, latching onto him, filled something that was missing in my life, something that filled a hole in my soul. Something to replace the alcohol I’d given up reluctantly and resentfully on April 27, 2007. The compulsion to drink was lifted — miraculously and instantaneously, thank God — the moment I identified as an alcoholic at at beginner’s meeting that afternoon. I love living a sober life. But the -ism is always there — the need to escape living in the present moment, to procrastinate in favor of sloth or laziness, to avoid doing the next right thing because I’m afraid of failing at whatever it is I’m doing….

So for about three weeks, I pored over every single database I could think of that would have something about Archibald Emmett Wilson, born September 17, 1882, died May 29, 1918, in Pensacola, Florida. I used my credentials at my university to access every known database, free and for fee. I read every single thing that I could find on my own that had something to do with or about Emmett.

It seemed innocent and positive, though; if I was going to be addicted to something, it was definitely better than anesthetizing myself with drugs (I never was into them anyway), or shopping, or chocolate, or any other compulsive distraction to take the place of booze. The problem was that for about the first six months of Emmett’s project, I didn’t want to tell someone what I’m doing, because it might look stalkerish or sick, even if the person I’m researching has been dead for almost a century. But in AA, we’re often told that we are as sick as our secrets — and when we talk about what’s going on in our lives, we often find the solution.

It was when I started talking about my research — and reaching out to librarians, archivists, and historians in Florida that the research started taking off.

The things I discovered within the first six months of Emmett’s research were interesting — and oddly familiar. It turns out that Emmett and I are related, in more ways than just blood.

He and I share a chemical addiction. To alcohol.

His addiction killed him. My addiction almost killed me. Parallel lives, 100 years apart?

It turns out that researching and writing Emmett’s story was much like telling my own story, taking a close look at my drinking history and its consequences in my life. This was not something I wanted to do, even with several years of sobriety. But the unexamined life is one that we are destined to relive in some ways, and I desperately did not wish to experience life as an active drinker, a drunk, again.

After five years of doing research and gathering information on Emmett’s life, I stopped for several months. I knew what I was doing: Resisting the inevitable telling of his story, which is also my story. The more I put it off, the more I became anxious, uncomfortable and fearful; ergo, the more my drinking triggers became front and center in my life.

Instead of picking up a drink, or doing something else that replaced my alcoholism, I finally decided to sit down with Emmett, and just tell his story.

Which also happens to be our story, his and mine.

And so, no more procrastination. I tell his story, what I’ve found, which is also my story, here and now, in this blog.

There’s a lot more to come. Hang in there with me. One day at a time.