October 2, 2015Jackson County CourthouseMarianna, Florida Sue Tindel, the Jackson County Court Archivist, is one in a million. She’s also someone I’d been corresponding with regularly over a year, and so, when I met her, I’d felt like we’d been friends for a long time. Sue is a fantastic lady. […]

September 15, 2014 Chevy Chase, MD My relationship with Sue Tindal, Deputy Clerk, Jackson County (FL) Clerk of Courts began with a cold call — a cold email message — actually. I admit I dithered over it for a week or more. After decades of being in this business I […] 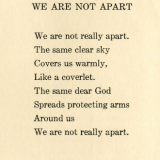 Chevy Chase, MarylandMay 1, 2013 A cold cup of coffee sits on the desk next to me; it’s been there so long that the cream has risen to the top and it has a weird looking brownish skin/scum across the top. I never ignore a good cup of coffee, but […]

May 2, 2016Chevy Chase, Maryland This research about Emmett’s junior-year dorm-mates is not turning out to be some big distracting side-adventure: I’m actually going somewhere with it! Specifically, Ormond Beach. Check this out: Question: Which of these guys had an automobile at that time? Answer: None of them. DeCottes and […]

April 27, 2016 McKeldin Library The University of Maryland College Park The final study of Emmett and his junior-year college roommates at Stetson features John N. Worley, of St. Augustine, and Fred Fee, of Fort Pierce, Florida. According to the East Hall essay below, Worley was the master of tall […]

Chapter 54: In Bits and Pieces

February 26, 2020 Chevy Chase, Maryland I’m honestly surprised at how much I have been able to uncover about Emmett to date, though there are serious gaps. The most important information, Emmett’s own words, are majorly absent. He wrote letters often to friends and family; but only a few exist […] 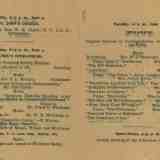 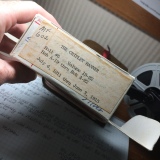 February 7, 2015The American University LibraryWashington, D.C. For the record, I have documented everything you can imagine about Emmett, including family members and close friends of Emmett, receipts or documents mentioning Emmett, schools in which he was enrolled, clubs he attended, and so forth. I like my data organized, chronological, […]