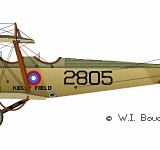 October 19, 2019Chevy Chase, Maryland The remainder of 1909 was rather busy for Emmett — he divided his time traveling for the L&N case for most of the year, between Pensacola, and Louisville — he spent Thanksgiving in Louisville — only to return home to head to Tallahassee for U.S. […]

Earlier today, a reader emailed me about a photo of pharmacy bottles embossed “Hargis Pharmacy”. The photo originated from a historic bottle collection website, http://www.mrbottles.com; unfortunately, the website hasn’t been updated in awhile. So, I referred the reader to my colleague, the excellent archivist Jacki Wilson, of the Pensacola Historical […]

A Seeker from Another Time

It turns out that I’m not the only one who has sought out information on Emmett Wilson. The letter was sent to Emmett’s sister, Katie. The writer of this letter, Joseph Gregoire de Roulhac Hamilton, was an impressive fellow. He was a professor and historian, and his big project was […]

I Know Where You Were

I do periodic revisits of different databases, since they are updated from time-to-time. For example, Chronicling America (one of my favorites), which updated their electronic holdings of The Pensacola Journal back in June. Sometimes I just don’t catch everything on the first run-through. Database revisits are akin to editing drafts. […]