Who were these people, and why did Emmett think he could trust his career to their advice? After all, once Emmett was elected to Congress, his key advisers turned their backs on him, because Emmett chose to follow his own thinking, which he felt was more in tune with what West Florida’s constituents preferred.

One key thing from the research that has always got my attention was Emmett’s obscurity, and how quickly he was able to rise to a seat in Congress. Emmett was talented and smart, but so were a lot of lawyers in his circle;  those lawyers also had more experience and money to make the run for Congress than Emmett.

Clearly, this PR posse wanted to create a candidate for their own purposes, someone they could shape in their own image, and they selected Emmett.

I hope the local bar association didn’t make Emmett wear a beanie to court during his tenure as a Freshman lawyer. Source: http://www.univdistcol.com/eggfight.html

For a very young, obscure, assistant district attorney, Emmett got a lot of press. To me, this was unusual, because Emmett’s boss, Fred Cubberly was the District Attorney; yet, Fred, an accomplished historian, experienced attorney and politician, had probably less than HALF as much press as Emmett. And Emmett was the beanie-wearing Freshman of the law community in his career at this time. I find myself asking, “Fred. What’s up with that?”

Prior to 1912 (the year Emmett first ran for office), there were many instances where Emmett has news blurbs in both Pensacola papers (the morning paper was The Pensacola Journal; the afternoon paper was the Pensacola Evening News). In addition to stories about the cases Emmett was prosecuting, you could find brief news items about him in the society or personal columns.

Example of a Tersely Told column from The Pensacola Journal, June 24, 1908. Source: LOC.

Emmett had most of his PR blurbs in the Tersely Told column. However, whenever he was at a local country club dance, or participating in a society event, his name was in the event article on the society page along with all the pretentious of Pensacola. It is interesting that he didn’t seem to attend country club dances or similar society events once he began his run for office in earnest.

These items were called in or reported to the the Society column editor.

Would or did Emmett call in his own PR this way? The idea of Emmett ‘boasting’ his whereabouts and doings is not likely; by all reports, Emmett wasn’t a boastful, bragging kind of guy. He kept things about himself to himself. So, I doubt Emmett would call his own PR in to the papers.

However, I can see Emmett telling his clerk to let the editor of the papers know he’s off to prosecute a big case in Santa Rosa County. Emmett was probably told by his boss (and others who had a personal interest in Emmett’s career), that the more the public sees him in the press doing his job, the more likely he will have a smooth reelection when that time rolls around. So, Emmett knew to play the PR game.

One of the most important members of Emmett’s PR posse was Frank L. Mayes, editor of The Pensacola Journal.

Once Emmett became more well known, a select group of people in Emmett’s circle worked hard behind the scenes to get Emmett elected. It wasn’t obvious to me when I first looked at Emmett’s career, but a deeper study reveals these individuals had a significant vested interest in seeing Emmett do well, because they hitched their careers to his rising star.

Emmett’s posse worked hard to promote him as a candidate for Congress. Several contemporary newspapers in 1912 mention how Emmett, when he was running for office, came out of nowhere, and was mostly the ‘creation’ of Frank Mayes, editor of The Pensacola Journal. Mayes endorsed Emmett wholeheartedly, and used every opportunity to mention him in a positive light as often as possible in the paper’s editorials.

The incumbent congressman, Dannitte Mays, did not take Emmett seriously for the first two months of 1912. By the time Mays realized Emmett was a serious contender for his office, Mays looked like he had been asleep at the wheel of his own campaign. Emmett’s campaign management organized an “Emmett Wilson Club,” similar to that of the “Woodrow Wilson Club” that was in existence. The posse had clubs in every county, and they were run like a well-oiled machine. Setting up these clubs took a lot of time and preparation. 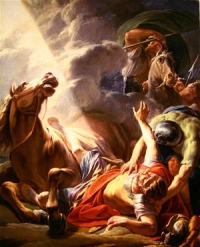 I doubt Emmett’s idea to run for Congress was so instantaneous.

This is why I believe that Emmett’s decision to run wasn’t made by himself overnight. A few articles in the Pensacola papers read as if this was the ‘Road to Damascus’ event in Emmett’s life. No.

Emmett had been planning a run for office for at least a year before the opportunity presented itself, and the groundwork was laid by Emmett’s close friend, Frank Mayes.

Frank Mayes was one of the three key players in the Florida’s Progressive Democratic party. The party needed someone new to replace Dannitte Mays, whose philosophies were not Progressive enough for the state party machine. Emmett was ambitious, had credentials, was smart, had a good image, was young and energetic — and, so the party thought — could be ‘properly guided’ once he was in Congress. Emmett and the progressives thought they would be unstoppable.

The voting turnout for Emmett’s election was the highest in West Florida’s history at the time. Emmett swept the polls; Mays came in second, and instead of going through a second primary, withdrew based on the election results. There was a large enough gap between Emmett and Mays to indicate Mays was on his way out.

From the beginning of his career, Emmett appeared to lead a charmed public relations life.  But one year after Emmett made it to Congress, the PR team would, out of necessity, turn into a crisis management team.

Because the team couldn’t salvage Emmett’s image after October, 1914, they bailed out on him.

Emmett’s near-death in December 1914 meant the PR posse had to rethink their strategy until a replacement candidate was chosen. The Progressive Democratic party members were upset with Emmett. All along, Emmett’s opponents said he was too young, too inexperienced, and drank too much. Emmett’s PR posse had worked hard to stifle all of those claims, and they felt let down by him.

Those remaining who still supported Emmett as his congressional career folded, those who had tied their careers to Emmett’s success were left shaking their heads, saying, ‘what happened?’

I wonder if any of Emmett’s handlers, the people who helped Emmett get elected, ever considered “Emmett the man”, or, “Emmett their friend,” instead of “Emmett the federal job provider,” and what he may have been going through personally during the second half of 1914, when his health and career were on the wane?

I wonder if any one of his handlers reached out to Emmett at all during this time?  I think that someone could have stepped in and stopped (or at least delayed) Emmett’s downward spiral.

I’ll be able to explore some of these questions in detail over the next few weeks. A few days ago, a new box of film came in from the University of West Florida to read, and it is The Pensacola Journal for for 1915. I am anxious to get started to see what happened.