Emmett, Minnie, and “A Star is Born”

Readers, call me crazy, but I see some parallels in Emmett’s life to the story told in classic 1937 David O. Selznick movie, “A Star is Born.” If you haven’t seen the movie, or, if you don’t know the story, check it out here, before you read any further. 🙂

In my comparison of Emmett’s story to the movie, the role of Vicki Lester is played by Minnie Kehoe, the older sister of J. Walter Kehoe (Emmett’s best friend and mentor). The role of Norman Maine is, of course, played by Emmett. I do present both similarities and differences. Enjoy!

The main similarity between the movie and the real-life story of Emmett Wilson is the quick rise of the women’s careers, and the simultaneous quick demise of the men’s careers, attributed to alcoholism.

For example, up until 1914, Emmett was a local political superstar.

And then, within a period of about six months, the positive press turns into intensely negative press. Where once the reporters fawned on Emmett, by 1915, they seem to resent even mentioning him in the news. One example: The Pensacola Journal reporters often would write, “The congressman from the Third district….” without printing Emmett’s name. Talk about a fall from grace.

Emmett’s demise was attributed in the press to poor health; but, a damaging story later got out that Emmett was drinking himself out of office — not good in those pro-Temperance years.

In 1915, Minnie was the only woman lawyer in Pensacola, and she was successful. The Pensacola Journal (and other state papers) made much of the fact that she, a mere WOMAN, worked her way up from a stenographer’s position in her brother’s law firm to owning her own legal reporting and stenography business. She took the bar exam in 1912. And yes, Minnie, a mere woman, had the highest score of all the candidates sitting for the exam — ahem — men.

The second key similarity between the movie and Emmett’s life is the role the underhanded press agent played against the male characters. I also found it interesting that I saw a lot of Matt Libby’s (Vicki’s press agent) ‘qualities’ in Emmett’s campaign and publicity manager, Chipley Jones.

In the film, Libby hates Norman Maine, because he perceives Norman as a drag on Vicki’s success. While Norman is at rehab, Libby shows up and vents his true feelings at him. The end result is that Norman starts drinking again, ultimately committing suicide by drowning in the Pacific Ocean.

One very uptight individual. Trust me on that one.

In Emmett’s story, Chipley turns on Emmett when a supposed promise made for a federal job did not automatically land in his lap. Chipley vents his wrath (and well-hidden hatred of Emmett) to the press in a lengthy front-page letter to the editor, which mentioned Emmett in a consistent drunken state while on the job as a congressman in Washington, D.C.

While those close to Emmett and Chipley attributed that letter to sour grapes, the general public saw it as evidence that Emmett was unsuited to the job. What was also amazing was that Emmett did not offer any defense to the press — he said absolutely nothing in response to Jones’ letter. And, of course, the public interpreted his lack of response as a tacit acknowledgement that there was some truth to Jones’ claim.

There are several key differences between the movie and Emmett’s life story. The main one, though, is that while Vicki and Norman were married in the movie, Minnie and Emmett were good friends, and nothing more than that.

Emmett lived with the Kehoe family from 1910 until his death. The Kehoes considered Emmett another son; they were Emmett’s family, for all practical purposes. 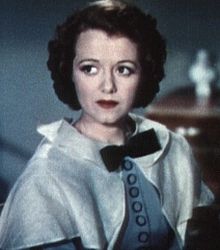 Minnie, as Walter’s older sister, probably looked upon Emmett as a beloved younger brother. I know that Minnie and Emmett thought very highly of each other. It may not have been a romantic relationship but still, there was affection.

Had things been different, I think Minnie and Emmett were quite compatible and would have made a good couple: Both were in the same profession, and so, understood the pressures and time-constraints. They had many common friends and colleagues; they (and their families) knew each other for years.

However, Minnie was 16 years older than Emmett, and she was a devout Roman Catholic. Family members tell me she probably would not have married outside the faith. Finally, Minnie knew Emmett very well. She was aware of his alcoholism, and, I feel confident in saying that she would not have relished taking on a spouse with an established drinking problem. As a lawyer, she represented clients who divorced because of alcoholism. She may have cared a lot about Emmett, but this was not a romantic relationship.

Overall, the Kehoe family played a very important role in Emmett’s life. I’ll have more to say about them in later entries, and certainly, in Emmett’s biography. Stay tuned.