Good news in the world of Emmett Wilson research, namely: A new computer!

My old MacBook, bless its sluggish old hard drive, served me well for eight years; but, it was really slow (especially with handling all the images I’ve collected over the past two years for Emmett’s book). Also, my university switched to a new learning management system that requires me to use different applications that the old computer’s operating system couldn’t handle. (Cue the sad trombone.)

So, it was time for an upgrade. 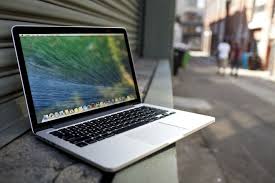 The new computer is a MacBook Pro 2015. It’s speedy, handles nicely, and is three pounds lighter than the other computer. Plus, the battery lasts for about 11 hours! (The old MacBook’s battery has been pretty much useless for the past three months, as it was not holding a charge for longer than 45 minutes.)

It has taken a few days to get used to the new computer — making sure it is backing up properly, making sure that in the transition that I didn’t lose any of the research files, and so forth.

My father has been packing up his home and getting ready to move into a senior community. Recently, he sent me a box of family artifacts that I had no idea existed! They date from about 1890 to 1930. What’s great about these artifacts is that I’m sure Emmett would have had some of these, and/or used them in his everyday activities, too. 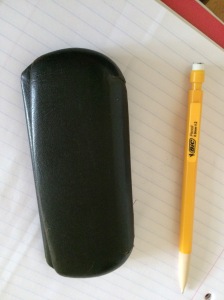 It came in a hardshell black leather case about the size of a pencil. 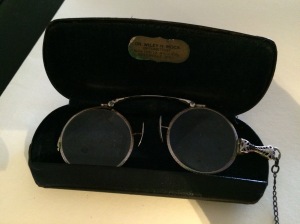 What’s the connection between Emmett and a pince-nez? Well, Emmett wore one!

(My sister, who is a professional photographer, looked at one of the photos I have of Emmett about two years before his death. She can usually tell if an old photo has been retouched, and I wanted to get her opinion on a photo I have of Emmett. She pointed out a prominent indentation on his nose, at the bridge — something she has seen often in old photographs of people who were known to wear pince-nez glasses. In fact, it jumped right out at her. But I digress.)

Given the amount of reading that Emmett, a lawyer, would have done in his very busy, meteoric career, I would be very surprised if he didn’t wear glasses at all.

My dad said that this pince-nez is about 90 years old; Uncle Guy got this pair in the late 1920s. 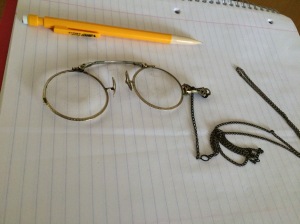 The frame is silver, with some gold detail around the lens. It is heavy in my hand. The chain is tarnished silver.

I tried them on.

I looked at printed words on a page through them, and the text was pretty clear!

This thing is heavy. The pince-nez puts a lot of pressure on the nose bridge (obviously), because that’s where it holds on to the wearer’s face. It is a little painful to wear because the pince-nez indeed, pinches the nose at the bridge; also, the weight of it on the face at that point feels uncomfortable. The frames are lightweight; they are well constructed to hold the heavy lenses.

It felt a little funny wearing the pince-nez and having a chain running down the side of my face, but back in the day, one just had to get used to that if you didn’t want to wear regular glasses. There’s a little catch at the end of the chain, where the wearer could attach it to a button on a vest.

Here’s the label on the pince-nez case: 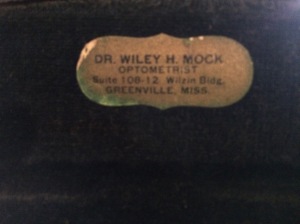 I’m not sure why my great uncle would have obtained his glasses from Greenville, as he lived in Vicksburg at the time. Perhaps he knew this optometrist personally.

I found an old advertisement in the Greenville Delta Democrat-Times from 1940 that mentions Dr. Mock; also, a record in Ancestry.com says he was born in 1908, died in 1995 in Greenville, and was an optometrist.

My great uncle was born in 1895 and died in 1951. The pince-nez is in great condition, considering how old it is.

They are handy glasses; I can see Emmett wearing his on his nose, with the chain attached to his vest, slipping them into a vest pocket when was done reading, much like my great grandfather would have done.