In celebration of ghouls, goblins, and other scary stuff, here’s a few interesting tidbits from 100 years ago, Halloween 1915!

First up, from MentalFloss, a list of the six best topical Halloween costumes of the day. The three big celebrities to emulate were: 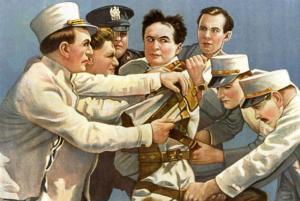 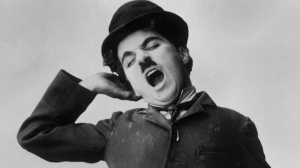 I doubt too many families would let their daughters out dressed as Theda, though. I doubt you’d have seen a lot of Theda-wannabees at the society Halloween parties, either. It would be fun to imagine, though!

A Halloween party from 1915. No Theda Baras or anything shocking in there (at least shocking from 2015 standards). Source: pinterest.com

I have no idea what these guys were supposed to be dressed as. Source: Pinterest.com; tumbler.com

So, I looked around at some photos of what the kids wore for Halloween at that time. Here’s a few examples:

I have to admit, folks, I think the costumes of the 1900s are scary, compared to modern costumes.