I’ve been thinking about this article, The Science of Success, from The Atlantic. I came across it earlier this week, quite by accident, while looking for something else related to Emmett’s research.

Funny how these things can sidetrack, and yet, offer intriguing new information that helps me understand this man that I know so much about, but will never meet.

Of course, I’m not going to know (scientifically speaking) if Emmett was more of a dandelion or an orchid; after reading this article, I sense that there was more orchid about him than dandelion; that if he had had the intervention he needed, he could have overcome whatever fragile emotional/psychological tendencies stood in his way, that led him to drink himself to death.

I started thinking about Emmett’s family — a large family then, as now, with 10 living children (there may have been children in this family that died at birth, for instance); eight boys, two girls.

Who were dandelions and who were orchids in the Wilson family?

Clearly, there were some dandelions. Cephas (the second son) was a dandelion: He bloomed where he was planted, and he had been planted in some odd places while growing up, during the years of his parent’s struggle just to get by in the first 17 years of his life. I also believe Percy and Meade (the third and fourth sons) as well as Emmett’s sisters, Dora and Katie, were dandelions. I think Frank Jr. (the fifth son) eventually was a dandelion.

Does the high level of alcoholism in this family give us a clue about that? Maybe. The data in the article indicate that the orchids were more likely than the dandelions to have substance abuse problems.

I can show in my research that four of the 10 children were full-blown alcoholics; the percentage is probably higher, though. Emmett’s father drank; but, it is not clear if he was an alcoholic.

Also, Emmett’s twin brother, Julian, would rarely take a drink according to his daughter. She also told me that Julian he seemed to have incredible discipline when it came to drinking: He was afraid of getting caught up in it. So, I don’t count Julian as an alcoholic, or an orchid.

I feel certain that Julian was a dandelion. Not just because of the non-drinking, but because of certain things his daughter told me about him. He was not an tense man; she remembers her father, Emmett’s brother, as  always content. Happy. Satisfied. 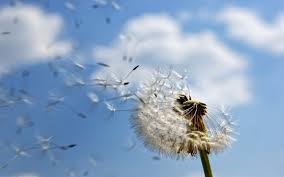 Dandelions come across as laid back, less uptight, more capable of dealing with life on life’s terms. If you move an orchid from one location to another, it struggles. It needs consistency; hand-holding sometimes. I know this, because I’ve killed a few of them (I am not a successful gardener).

From my review of the literature on Emmett, he is mostly described as tense, waspish. Uptight. He was cared for, some may say ‘coddled’ all his life.

If I could just get my hands on his journals and scrapbooks, you know?

…but instead, a black-eyed Susan. For personal reasons, of course.

Tagged as: dandelion orchid The Atlantic The Science of Success