The only information I have about Elizabeth Maxwell Wilson (to date) comes from a narrative written by her youngest daughter, Katie Wilson Meade, and the narrative jumps from the family’s return on a steamer from Belize in 1884 to Chipley, Florida, in 1891. 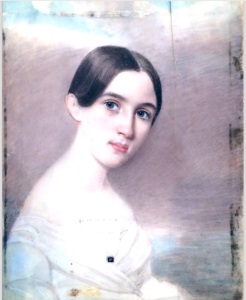 During that eight-year period, Katie gives us only a few details about the Wilson’s family life — and she doesn’t mention her mother, except to say that one day, while Katie was being a bit annoying and underfoot, Elizabeth sent her, with older sister Dora and one of the brothers, out of the house for several hours!

Katie’s narrative reveals that Elizabeth spent her life following Dr. Frank Wilson around as he reinvented himself at least four times during their marriage — as medical student, as fledgling physician, as sugar plantation owner, and by 1884, once again starting over, this time in Chipley, Florida, and again, at the advice of Elizabeth’s father, Judge Augustus Emmett Maxwell. 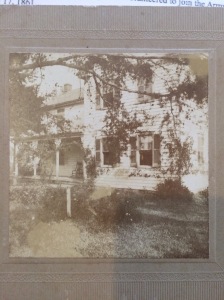 The house and property that were given to Elizabeth by her father, Judge Augustus Emmett Maxwell, around 1890.

What is also telling in this latest Wilson-family mulligan is that this time, Judge Maxwell deeded 60 acres near Chipley to Elizabeth, and not his son-in-law, Dr. Frank Wilson (despite the fact that Maxwell liked and respected Wilson). By this point, Maxwell wanted to be sure that Elizabeth had something of value to call her own, so that she would not have to continue to struggle for the rest of her life.

It must have been tough for Dr. Wilson to have to ask his father-in-law, again, for help.

The Wilson’s new house was built in 1885, and located a few miles south of Chipley (the property today is on Orange Hill Highway. Caring for the family, home, and 60 acre farm was a full time job involving everyone. Katie’s narrative says that education was important in this family: Seven of the 10 Wilson children attended school together in town, all walking to school together. (At this point, the two oldest boys, Max and Cephas, were working and the youngest, Walker, was too young to attend school with the rest of the children.)

And, as expected, money was tight for the Wilsons, as Katie commented on how costly it was for her parents to send seven to school at once (even though the schools were in session only an average of about four months a year, according to county education records for that period).

The most striking item in Katie’s narrative is the abrupt way in which her life was thrown into chaos with the sudden, unexpected death of Elizabeth. Katie was only 12. Emmett was eight.

The narrative does not reveal much in the way of emotion, only details: Dr. Wilson had been away for several months to medical school to obtain a college credential in order to practice medicine in Florida (the state medical association was cracking down on quackery and now required all practicing physicians to have the credential).

The day after he returned, June 22, 1891, Dr. Wilson picked up his practice right away, and took Elizabeth with him on rounds. It was a hot June day.

They stopped at a drugstore in town for a cold drink (Katie doesn’t say what it was). Elizabeth drank the beverage, then fainted. Dr. Wilson tried to revive her, but was unable to do so. He took her to a neighbor’s house, put her in a bed there, and tried for hours to revive her.

Emmett, Katie, and the rest of the children were taken to the house, but were not in the same room as their mother. They may have been allowed to see her; Katie doesn’t say that in the narrative, though.

Elizabeth never regained consciousness; she died the next morning. 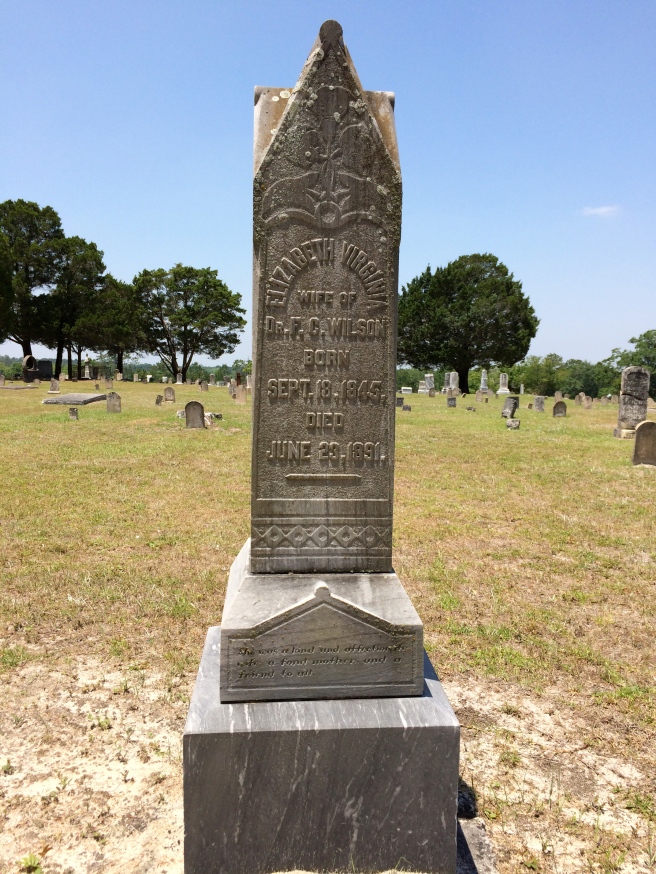 In going through Katie’s narrative, I’ve learned a lot about Elizabeth, but still, there are huge gaps I’d like to fill with actual information rather than my extrapolation from the bits and pieces collected over the past three years: What kind of books she enjoyed? Did she plant a garden? What was it like being a single parent for about six months, keeping house, family, and farm together on her own while her husband was away at medical school that last year?

Some of these questions may yet be answered down the road.