As everyone knows (especially here in D.C.), whenever there is a change in presidential administration, there’s a big turnover in political staff jobs. A new president means lots of new job openings, new opportunities.

Most of the time, the turnover has nothing to do with the ability of the staff person being replaced, but it has everything to do with his or her political affiliation. This was the case with today’s subject, Joseph E. Lee. 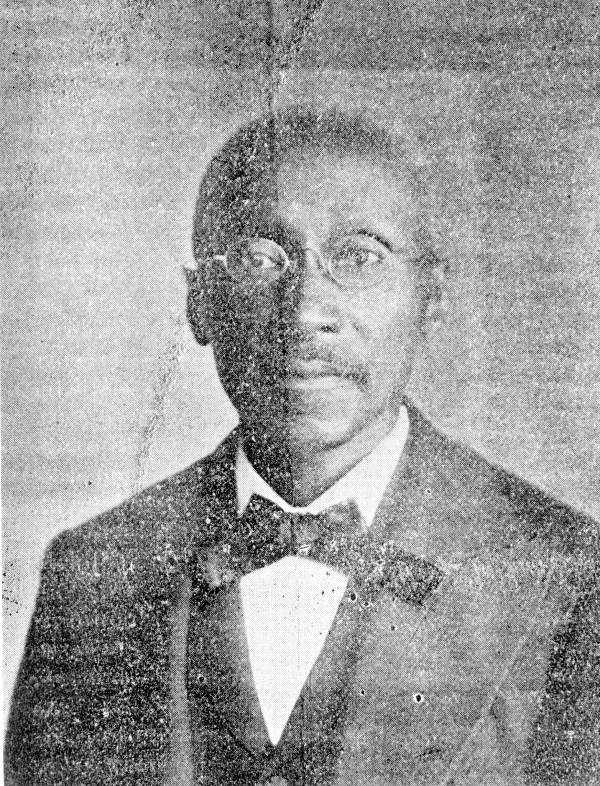 Lee was born in Philadelphia, Pennsylvania in 1849, and attended Howard University in Washington, D.C. He studied both law and ministry, and graduated with degrees in both from Howard in 1873. That same year, moved to Jacksonville, Florida. He was admitted to the bar and became Jacksonville’s first African-American lawyer.

“He served in the Florida House of Representatives from 1875 to 1879, and in the State Senate from 1881 to 1882. In April 1888, Lee was elected Municipal Judge of Jacksonville, the first African-American to have this honor. Around this time he also served as the dean of the law department of Edward Waters College, an African-American institute of higher learning formed in 1866 to educate freed former slaves. Lee would remain a trustee of the college for over thirty years.”

Lee was, without a doubt, intelligent and capable, but he faced incredible challenges from the Florida political machine.

As mentioned in the previous post, in 1912, Joe Lee held one of the most important (and highest paid) federal jobs in Florida: Internal Revenue Collector. There were no reported problems with his job performance; the problem was that he was an African American in a plum patronage position. 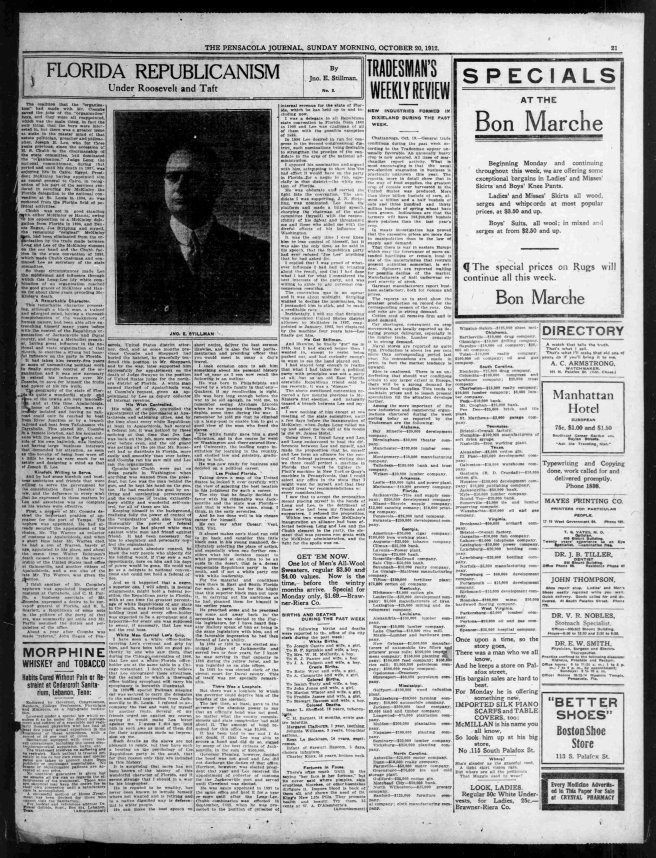 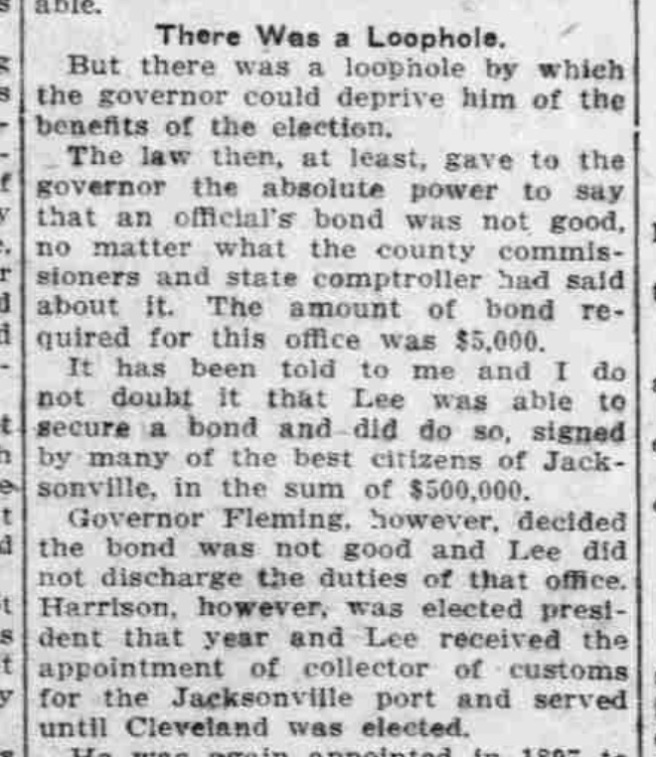 As mentioned in the previous post, Joe Lee was removed from office by June, 1913. However, there were other Republican patronage officeholders left to finish their terms, as Woodrow Wilson preferred to keep capable appointees in office. Had Lee not been African-American, I feel certain he would have remained until his term was up.

Joe Lee is definitely one of those interesting individuals I’ve come across in Emmett’s research that deserve their own biography.

He committed suicide less than a year after his essay.

I doubt Emmett had much interaction with Joe Lee, either in his career as a District Attorney or as Congressman. Emmett worked in the U.S. Customs House building in Pensacola during the time Lee was the internal revenue collector, so there is a chance they saw each other. Also, Lee wasn’t always in Pensacola; his home base was Jacksonville. 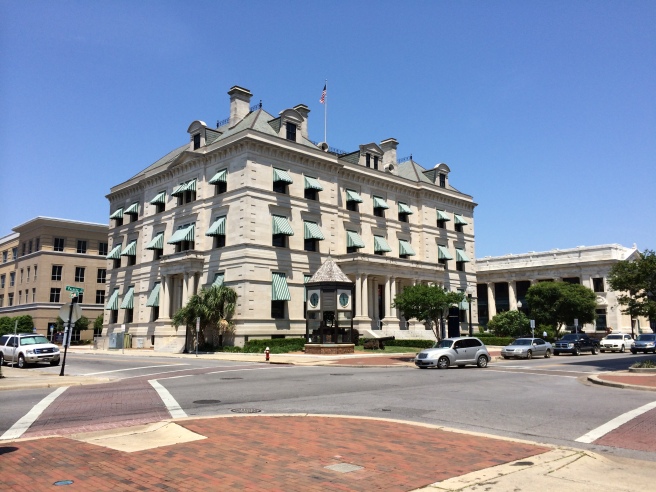 The Customs House today. Emmett’s office was on either the third or fourth floor.

If you take a look at the Florida Memory link, here, be sure to read the comments section. In there, one of the readers says she found Joe Lee’s personal calling card book in a set of antique books she purchased! Isn’t that great? There’s replies from two individuals, one of whom is the founder of the Joe E. Lee Republican Club, who’d like to see that amazing artifact!

When I see this kind of feedback, it gives me hope that I’ll uncover Emmett’s long-lost scrapbooks. I still think they are out there, somewhere.