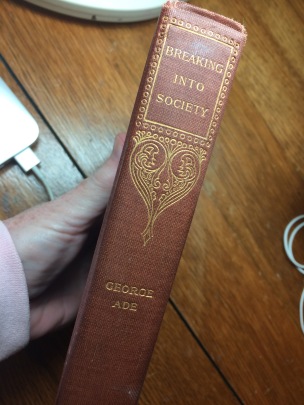 George Ade‘s Breaking into Society is a humorous look at the antics of everyman (and everywoman) wanting to better themselves by climbing the social ladder to success.

Ade’s book was published originally in 1902; my copy is dated 1904.  I found this book at a community book sale two years ago.

What stands out about this book? The book is a collection of essays written in the slang of 1902, and his prolific capitalization of words clue the reader about what is most important to the subject of each essay.

I admit the book was hard to read at first: I was badly stumbling over the early 20th century slang. I had to break out the Dictionary of Victorian Slang, the Dictionary of Slang, Jargon, and Cant and The Slang Dictionary by John Camden Hotten for the first few essays, but one quickly gets used to Ade’s style. 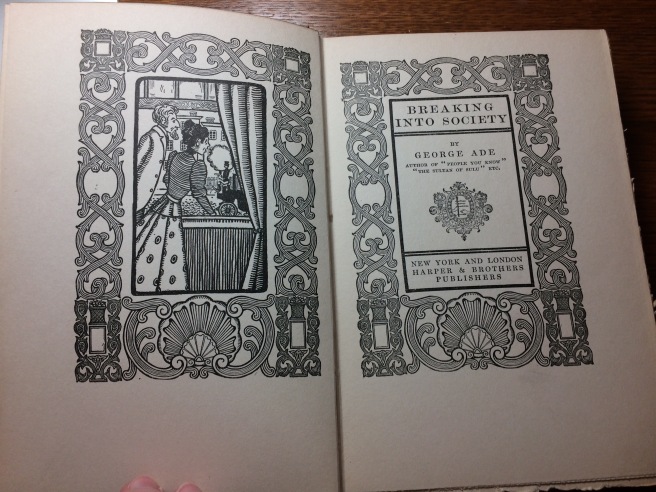 An example:”The Willing Collegian Who Was Looking for a Foothold” is the story of a college graduate looking for his first job. The young man wants “to break into a Learned Profession so that he could wear his Good Clothes all of the Time and get the Coin without working too hard for it.” 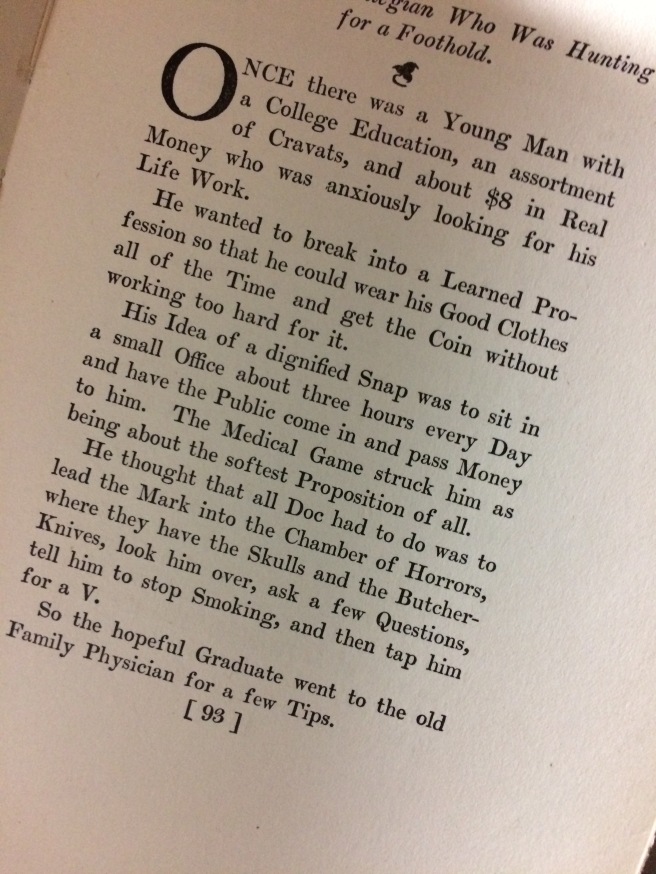 This is Ade’s writing style.

Ade’s style is entertaining, and his observations can certainly be applied to 21st century folks (no names, but I know a few recent U of Maryland graduates who were of the same mindset as the fellow in this essay).

Ade was a popular and well known writer in the early 1900s; although he was a humorist, his observations of people were considered accurate. I believe this is a book Emmett would have read and enjoyed, too. Emmett had a great sense of humor (he liked to tell jokes, he would pull practical jokes on his friends and family, even as a Congressman).

I don’t think Emmett went around speaking as Ade did in the book, but the vernacular is important. The book came out while Emmett was a teenager, and like most young folks, Emmett probably did use some of the slang, and I’m sure he had an idea or two of what a dignified snap he’d like once he graduated from Stetson University in 1904.

If you’re interested in reading George Ade’s Breaking into Society, a copy is available at this link (via Archive.org).