Percy’s death, as reported in The Chipley Banner, March 1918.

Percy was only 46 years old, a well-respected and admired community physician. 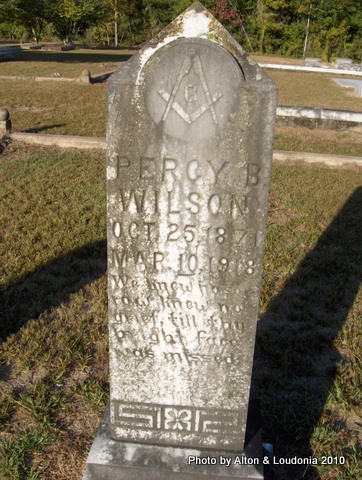 The quote on the headstone says: “We knew no sorrow, knew no grief, till that bright face was missed.” Source: Findagrave.com

Percy’s funeral was held one hundred years ago today, March 12, 1918, in Sneads, Florida. It was likely well attended by most of Percy’s family, although I wonder about Emmett’s attendance. If I could find a copy of the obituary from any of the Jackson County, Florida archives, it would tell us who was at the funeral. But according to the holdings records of the Library of Congress, and the holdings records for institutions that have archived Jackson County, Florida newspapers, a copy for this particular date doesn’t exist. (Percy’s descendants apparently don’t have a copy of the local obituary either — at least, not one known to them at this point. At least we have two obituary sources that provide some information — that’s better than nothing!)

Emmett was in end-stage alcoholism only weeks away from death, and mostly shunned by his siblings. Several articles from The Pensacola Journal mention Emmett’s presence at different local activities, so we know he was ambulatory and getting around, but may not have been in any condition to attend the funeral.

I tend to think family members may have simply asked Emmett to stay away.

And Emmett, who himself shunned family dramatics, who himself probably didn’t want to face his family members anymore, would have complied.