All together, we have about 30 inches of snow on the ground at my house. My husband has dug a path down the driveway to the street … which probably won’t be shoveled by the county until Wednesday. 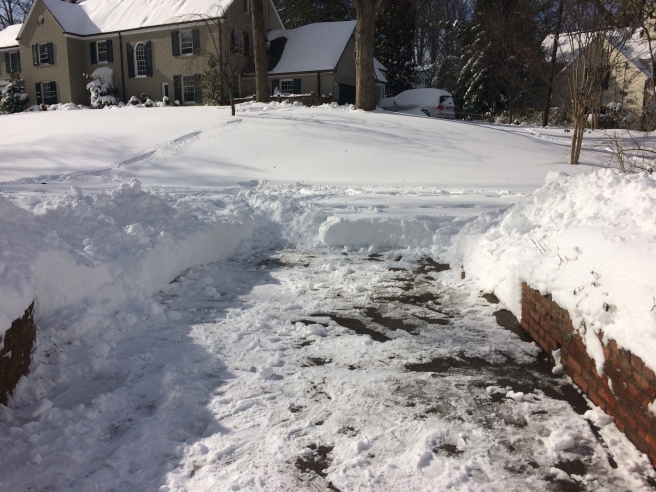 The view of my driveway to the street — as if we could drive anywhere. That’s 30 inches of snow at the end of my driveway. No plows through the subdivision yet. We’re usually last because our street isn’t near a major route. 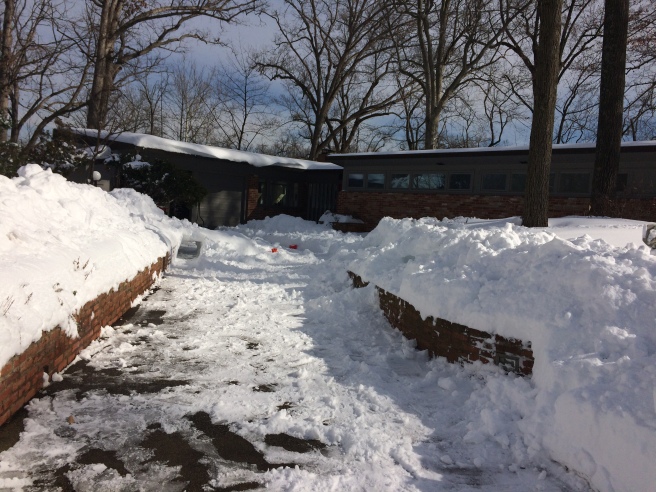 Looking back at my house. 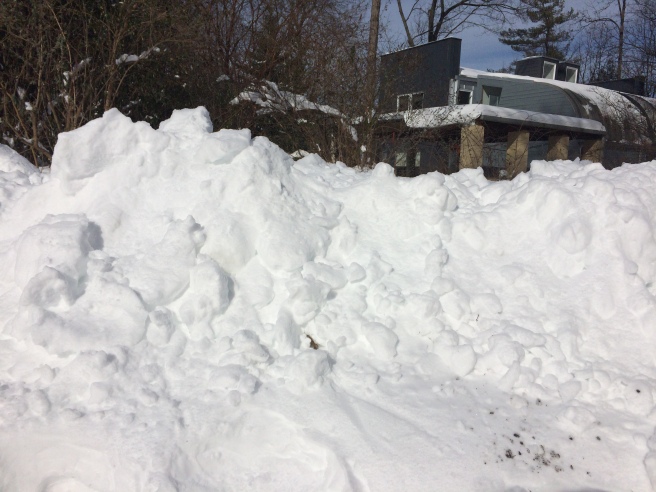 My neighbor’s house is behind that big pile of snow, which is over my head.

I’m not going anywhere for a few days. Thankfully, we have plenty of provisions and firewood, and PEPCO has been on its toes — no lack of power.

The kids will be out of school until (most likely) Thursday. I can work from here except for actual writing on the book; unfortunately, with the young kids in and out all day, it is too distracting. So, I decided to spend time checking back with archives, checking in with sources, revisiting outlines, organizing information. And just out of curiosity, I checked, and yes, Mercury is in retrograde. Ironic?

Checking back in with sources is often the step that gets overlooked or forgotten, so I don’t consider this negative, or as if I’m spinning my wheels.

It’s been productive over the last few days, too.

The challenge: Once you get into the third generation (great-grandchildren) and beyond, the likelihood that memorabilia, letters, and so forth about any of the original Wilson siblings is greatly reduced.

However, it would seem to me that if a member of a family held national- or state-elected office, that information would be worth keeping, or, donating to a library or historical society.

My next task will be to check in with state and local libraries and historical societies, for new additions.