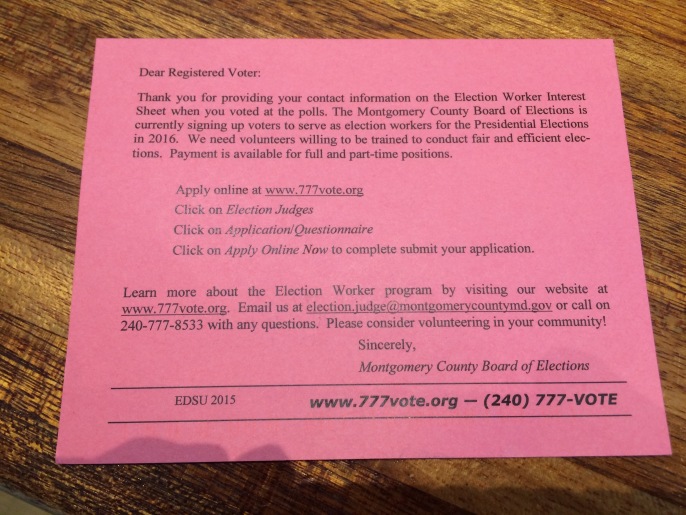 I signed up to be an election judge this year, for the November 8 general election. The training is rather easy: You read the materials the election board provides, then take an exam. If you pass the examination, you’ll be contacted later for an in-person classroom training session.

Interestingly, I’ve discovered in Emmett’s research that three of his brothers — Percy, Frank Jr. and Meade — served as precinct judges, monitors, or managers in different state and national elections for years. Max didn’t; neither did Cephas, Meade, or Emmett, as they were candidates themselves, or served in some elected/appointed capacity (for example, Emmett was appointed Assistant U.S. Attorney in 1906), which would disqualify them. But, they could have served as an election judge, at least up until the time they decide to run for office, as did Meade Wilson, below:

Meade Wilson was an election judge, at least up until the point he ran for office in 1909. Source: The Pensacola Journal, April 1909.

Here’s the outcome of that election: 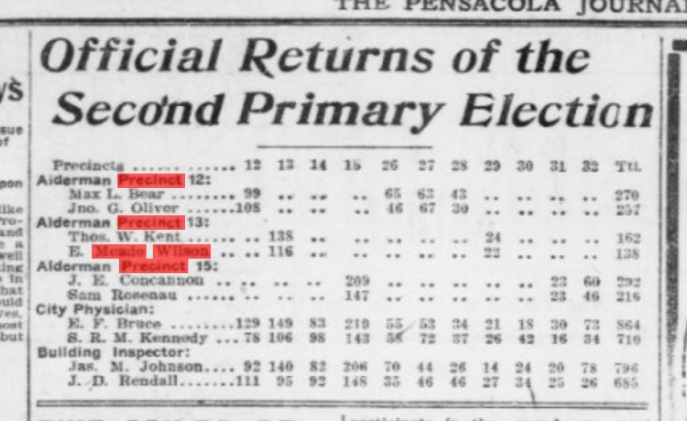