“…to accept the things I cannot change…”

Two weeks ago, the realization that it was time to accept things I cannot change arrived at the door, around 11:15, courtesy of our mail carrier Jesse, of the United States Postal Service. 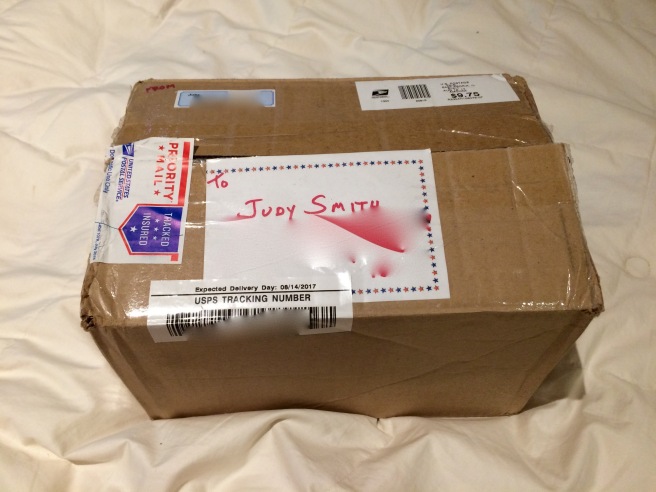 My dear friend Nancy’s cousin had written earlier that week, asking for my address, because Nancy had gifts for me.

This was unexpected: Nancy was still in the hospital a few days before Christmas without any discharge date in sight. Also, she and I had a deal where we didn’t exchange Christmas gifts. Just corny holiday cards. Thing was, I didn’t know Nancy’s condition was precarious. Had I known, I would have gone to visit her, and I’ve regretted it ever since. I said as much to her cousin.

“Nancy was an extremely private person. She didn’t want anyone to know. You were on her mind even as she was failing,” she wrote to me. “She wanted you to stay strong and she was proud of your accomplishments.”

The box sat on my desk for several days.

Now, I admit, I haven’t completely processed Nancy’s death, and I don’t expect to ‘process’ Nancy out of my life, ever. I’ve grieved on and off outwardly, but I’ve put her death aside mostly because I don’t like to wallow in sadness. I’ve come to understand the addictive nature of my personality. I would latch onto that grief; use it as a way to defer action on Emmett’s book, for example, or to hide behind it as an excuse to eat mint chocolate chip ice cream every day. I know Nancy wouldn’t like that one bit. She’d give me holy hell for shelving Emmett, and/or for using her death as a crutch to not get on living life, to not face life on life’s terms.

So, why delay opening the box?

If I opened it, it meant I was acknowledging she was gone, that life continues on, even though she’s not physically there.

I miss Nancy. I miss talking to her. I miss her counsel and her god-awful jokes, and her nutty sense of humor, and her abrupt, direct way of telling me that I could do better with a certain paragraph, or section of Emmett’s story. She got me and I got her. We were friends.

Yesterday, I opened the box. 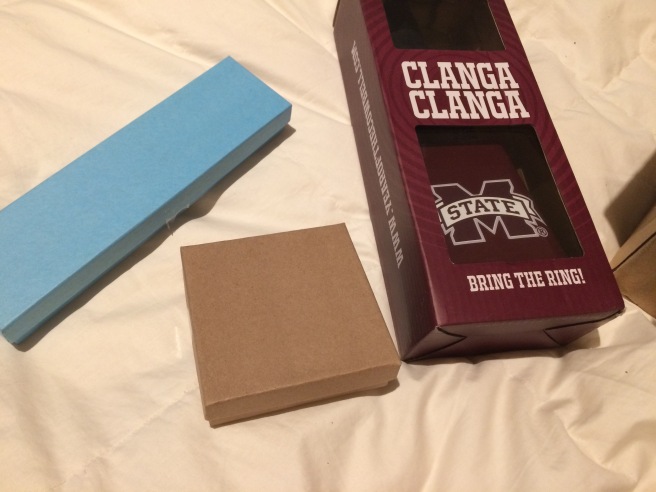 Three things — the first was the Mississippi State University official cowbell that I sent her for her birthday last October. Nancy had come to love my alma mater’s often inconsistent football team. She’d watch the games on Saturday afternoon, and ring the cowbell, surprised and delighted at how loud and deafening it was!

Nancy’s cowbell will hold a special place in my office, next to my own old, beat-up cowbell that I was given during my Freshman year decades ago; both will definitely get used!

The long blue box held a pewter house blessing, that reminded me of another dear friend of mine who died a few years back, Chris.

I meet Chris in the rooms of AA. He was one of the first people who saw the emotionally fragile, spiritually brittle person I was in the early days of recovery. I remember telling Nancy that whenever I saw Chris and asked how he was doing, he’d always say, “I’m blessed.” When I first met him and he said that to me, my first reaction was to take his inventory — to judge him. This guy was a nut, I thought.

And then, I slowly got to know Chris. I realized he truly was blessed, and lived his life like a loose garment. He was sober, serene. Unfettered.

I wanted what he had. And because Chris saw through the facade I put up when attending those early meetings, and extended the hand of friendship, things got better.

Finally, there was this. 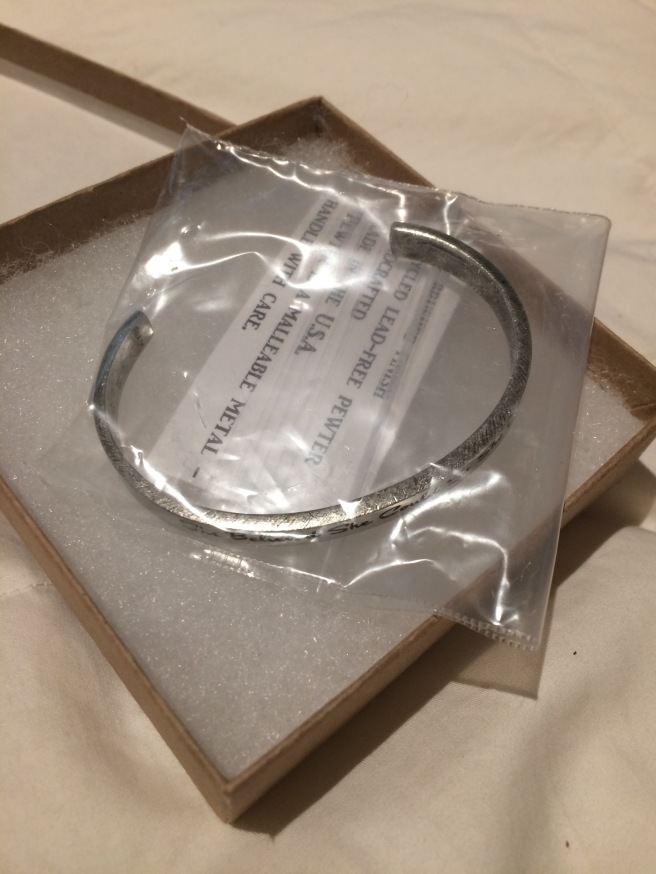 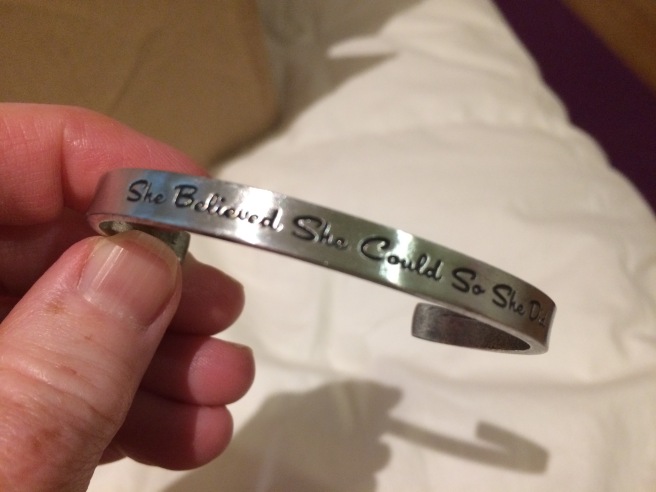 Nancy knew well how difficult it has been to conduct Emmett’s research, then find a way to tell his story.

There have been days when I just wanted to (and did) say to hell with Emmett and his story. I questioned both my sanity and the purpose of doing a project on a long-dead, obscure man who drank himself to death. Why bother, I remember asking Nancy a long time ago, when I was going through a particularly frustrating period in Emmett’s research?

“Because his life was relevant. His life had meaning, and a message. And because he picked you to tell his story,” she’d said, in an email message to me. “It’s worth it. I think you know that, too.”

Indeed, one of the most precious gifts I’ve received from doing Emmett’s story is friendship. I’d never have had the privilege of becoming friends with Nancy if it weren’t for Emmett.

Emmett’s story has definitely been worth it so far. And I will see it through.