The next information I have about Emmett’s nephew, Cephas Love Wilson Jr., is dated 1905 — he’s 10 years old — and back in the day, having one’s name printed in newspaper (especially The Pensacola Journal, a paper with a much larger circulation than the Marianna Times-Courier) was a big deal.

CLW Jr. was into puzzles — something I can definitely relate to. For several weeks during 1905, The Pensacola Journal offered a silver dollar to the first person (determined by postmark) who could solve the puzzle each week (a dollar in 1905 is about $27 in 2017). 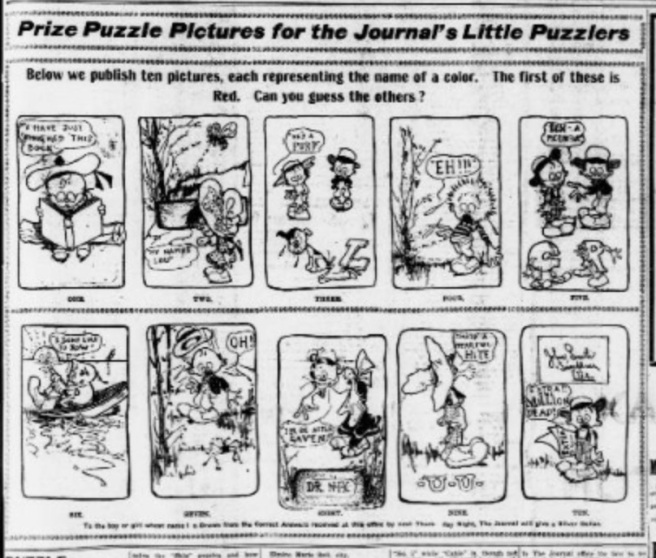 Alas, Ceph Jr. didn’t win the prize. Here were the results of the June 4 contest: 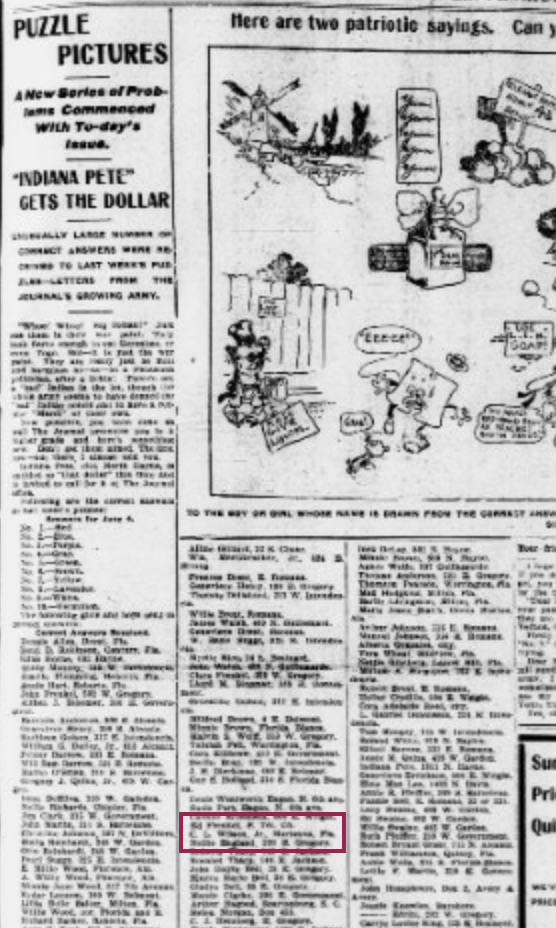 The results of the June 4 puzzler, as reported in The Pensacola Journal, June 11, 1905. Ceph Jr. was a runner-up. (Apologies for the blurry image; you can see the original here.  From ChroniclingAmerica.gov

Ceph Jr. was persistent. I have clips from several of the 1905 edition of The Pensacola Journal where he was listed as a runner-up, and always with the correct answers; always a participant, but never the winner.

Still, I admire and respect the fact he took the time to solve these brain-teasers, all without the benefit of technology, probably always on his own. I can picture Ceph Jr. energetically jumping on the puzzle as soon as his father was finished reading the paper — methodically tracking down the right answers, then rushing off to the Post Office with his sealed envelope, hoping his was the first, hoping to win the silver dollar! 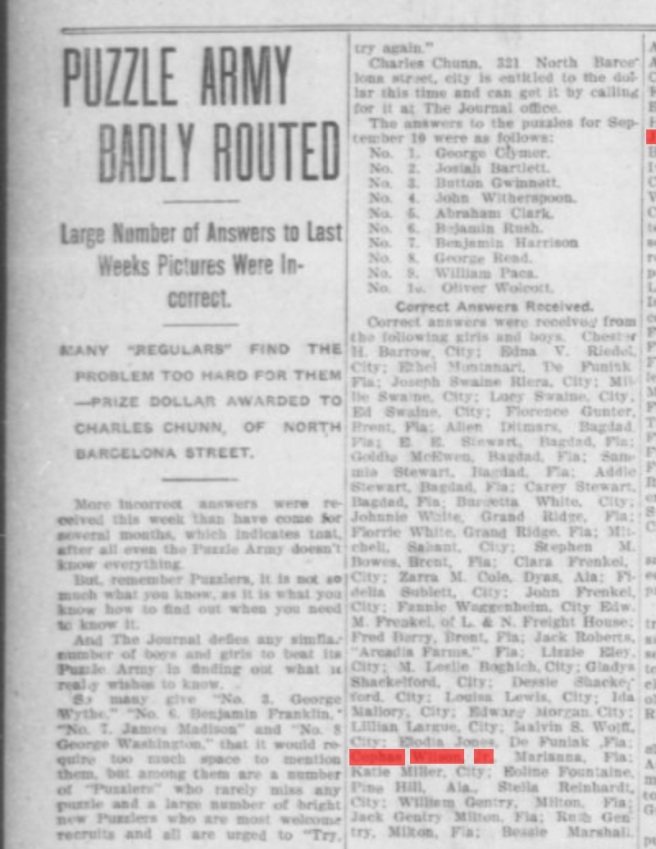 Another ‘also ran’ for Ceph Jr., in the September 17, 1905 edition of The Pensacola Journal. Source: ChroniclingAmerica.gov