Death Came As He Slept

Here’s another fantastic find whilst conducting the every-other-month database sweep: 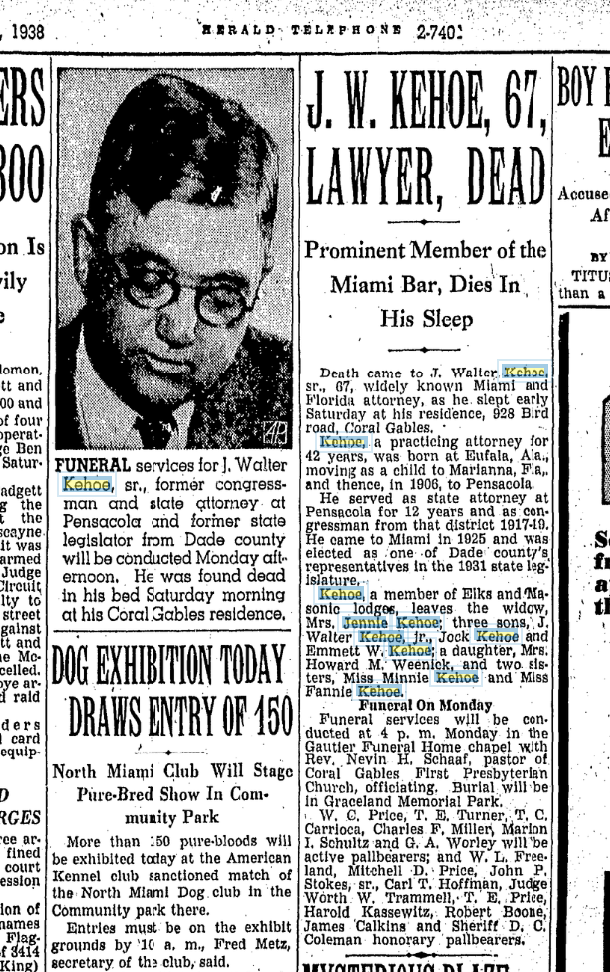 Great details in this article — first, based on some other clips that I’ve found around this date, Walter was working and politically active up until the end, so there may not have been any clue anything was amiss. (I’m still looking for the actual cause of death.)

Second, the residence, 928 Bird Road, still exists. It’s an apartment four-plex, built in 1926. It may have been converted to apartments later.

Third, great details about the funeral and service. Most interesting: Walter, who was born and raised Catholic, had a Presbyterian service.

Walter was a man who made and kept friends, despite political and professional differences — a great quality, one which seems to be missing in the political scene these days.