Yesterday, a colleague told me that she had seen an actual notary public stamp belonging to Emmett Wilson on a legal document dating from 1905!

She told me it was quite unique; Emmett’s name is part of the official stamp itself. This made me wonder what ever became of the actual stamp device.

Not just anyone could become a Notary Public in 1905: It was a patronage position that only the Governor of Florida could bestow. My colleague told me that the stamps were made by the governor’s own embosser.

I would love to get my hands on Emmett’s Notary Public stamp — if not to possess it, for the chance to examine it. 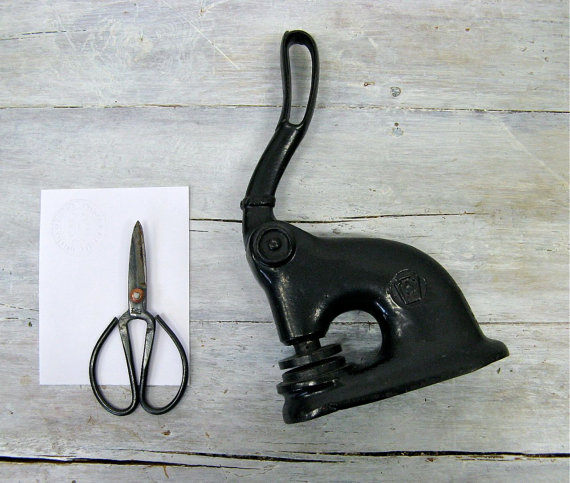 The notary public stamp from Emmett’s day was not something you would want to schlep around in a briefcase. This model (approximately 110 years old) weighs five pounds. Source: http://www.etsy.com

Actually, there are several of Emmett’s personal artifacts I’d love to find. For instance:

This is my wish list of Emmett Wilson artifacts I hope to uncover in the next year.